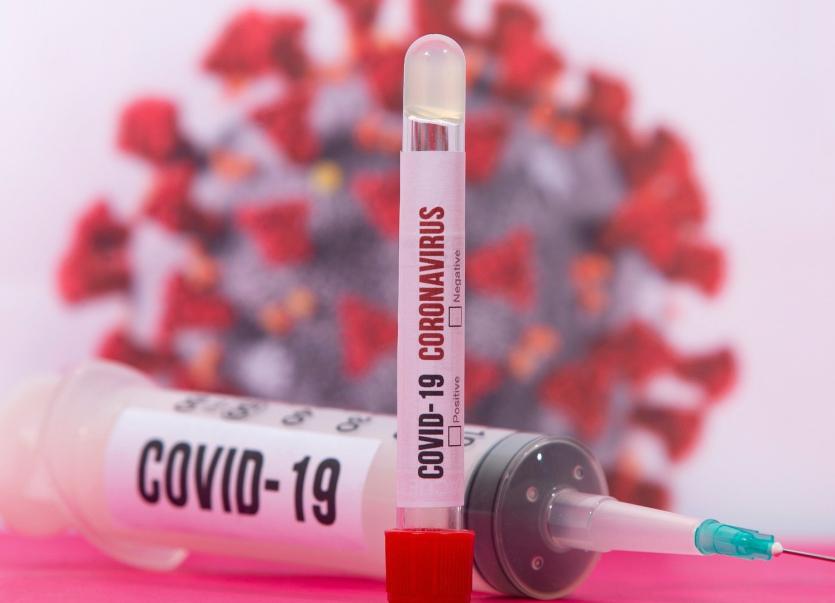 THE 14-day-incidence rate of Covid-19 in Limerick has surged to nearly 500 (per 100,000 population) after more than 200 new confirmed cases were reported this Thursday.

While 203 new cases have been reported in Limerick - the highest daily figure to date -  the National Public Health Emergency Team says it is aware of further confirmed cases that have not been formally reported yet.

A total of 965 cases have been confirmed in Limerick over the past fortnight and the incidence rate is now 495.1 - up from 250.4 a week ago (Christmas Eve).

Nationally, 1,620 new cases have been reported along with 12 new Covid-related deaths.

As of 2pm this New Year's Eve, a total of 490 Covid-19 patients were being treated in hospital, of which 42 were in ICU.

Speaking at a media briefing, Dr Tony Holohan, Chief Medical Officer at the Department of Health said Ireland is again in the mitigation stage of the pandemic.

"The alarming escalation in the incidence of the virus in the general population gives great cause for concern. This disease is now widespread in our communities and as a result we are asking everyone to behave as if they are a close contact," he said,

To support the testing system through this surge, close contacts of confirmed cases are no longer being advised to get tested.

"Testing and tracing is an exercise in containment and we are no longer in a containment phase. However, it is imperative that if you are a close contact of a confirmed case you restrict your movements and contact your GP immediately if you develop symptoms," said Dr Holohan.

The Department of Health says the average number of contacts per case has risen from 2.5 in November to an average in recent days of 6.3.

"This is very far from where we need to be and I am appealing to everyone at every age to adhere to the mandated restrictions that the government has introduced – stay at home, except for essential reasons, other than for exercise up to 5km,” said Dr Holohan.

Commenting on the latest figures, Professor Philip Nolan, Chair of the NPHET Irish Epidemiological Modelling Advisory Group said: “The epidemiological situation is very serious and the virus is spreading rapidly amongst all age groups, increasing the risk to those most vulnerable to severe infection, such as the medically vulnerable and people over 60 years of age. The reproduction number is at least 1.6-1.8. The daily growth rate is estimated now at 7%-10% giving a doubling time of 7-10 days or less."

He said further increase in cases and hospitalisations are projected in the coming days before the latest public health measures take effect.

"We are likely to see between 700 and 1,000 people in hospital with Covid-19 early in the New Year. While it is difficult to face into further restrictions, it is vital that everyone plays their part by following the public health advice to protect those most vulnerable in the population," he said.

Separately, the Department of Public Health Mid West, is urging members of the public not to contact it about test results or to change swabbing appointments.

THREAD: Department of Public Health Mid-West is currently experiencing an influx of calls from members of the public who are looking for COVID-19 test results and wanting to change their appointments for swabbing... pic.twitter.com/C464Qle1XR