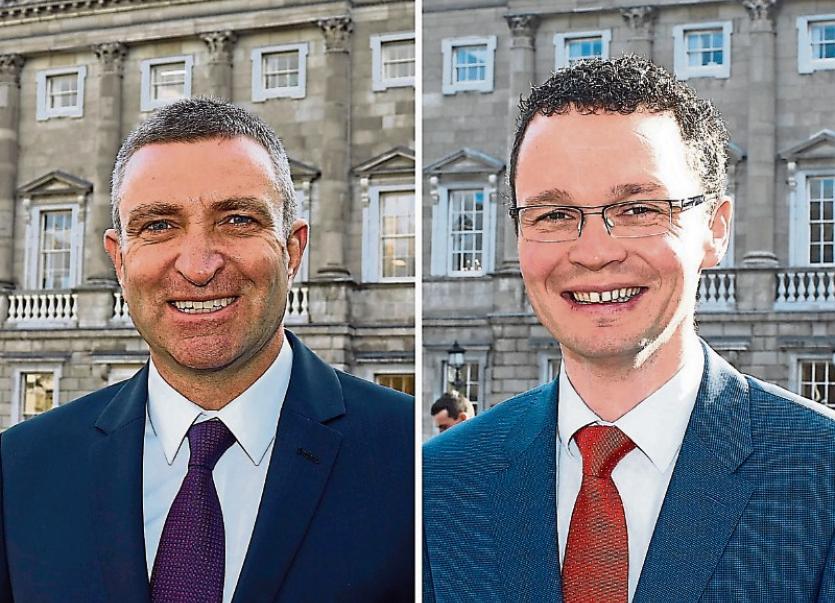 TWO Limerick TDs have been appointed as Ministers of State in the newly-formed Government, it has been confirmed this Wednesday evening.

Deputy Patrick O’Donovan has been appointed as Minister of State at the Department of Public Expenditure and Reform where he will have responsibility for the Office of Public Works.

Honoured to be appointed by Tánaiste @LeoVaradkar to be Minister for the Office of Public Works. I’m looking forward to taking on this new role and want to thank all those who have sent so many messages of support. @opwireland @merrionstreet

His constituency colleague, Fianna Fail TD Niall Collins, has been appointed as Minister of State at the Department of  Education and Skills.

He will have responsibility for skills and further education and will be assigned to the Department of Higher Education, Innovation and Science following the formal reconfiguration of Government departments in the coming weeks.

However, there is disappointment for Deputy Brian Leddin of the Green Party who had been tipped, by some, to be offered a position in the newly-formed Government.

Limerick native and Dublin Central TD Neasa Hourigan who, like Deputy Leddin, was a member of the Green Party team which negotiated the Programme for Government has also missed out on a promotion.

All ministerial appointments are now complete. The Government’s full focus is now on the critical business of dealing with the public health emergency and getting our society and economy back on track.

WATCH: First interview with newly-elected Mayor of the city and county of Limerick