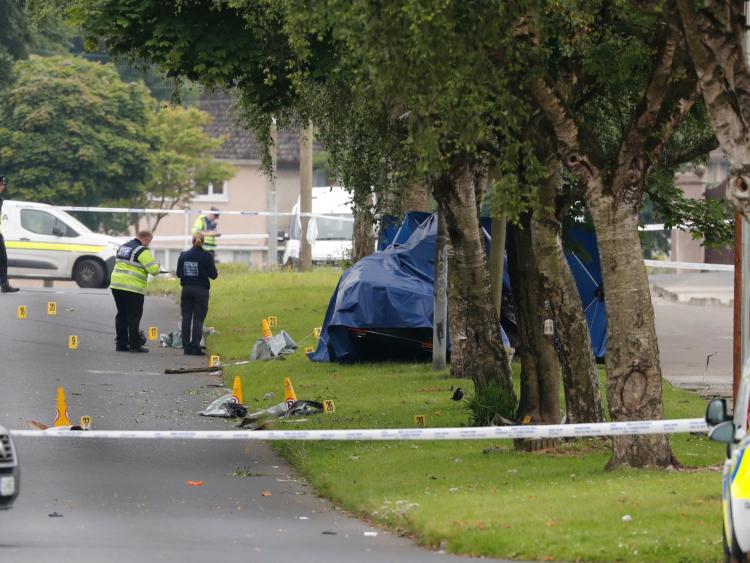 The scene of the fatal collision at Hyde Road

A GARDA investigation is underway after two people were killed in a road crash in Limerick city in the early hours of this Friday morning.

The incident involving a car and a cyclist occurred at on Hyde Road, Prospect at around 12.30am.

The cyclist, a man in his 30s, and a youth who was the driver of the car, both died from injuries they sustained in the collision.

A front seat passenger in the car, a male youth in his teens, was also injured and was taken by ambulance to University Hospital, Limerick, with non-life threatening injuries.

No other injuries were reported.

The road remains sealed off and motorists are being advised that diversions are likely to remain in place for some time.

Post mortems will be carried out later at UHL.

Forensic Collision Investigators will carry out a full examination of the scene as part of the garda investigation.

"Gardaí are appealing for any road users who may have camera footage (including dash-cam) who were travelling in the area at the time to make this footage available to gardaí," said a spokesperson.