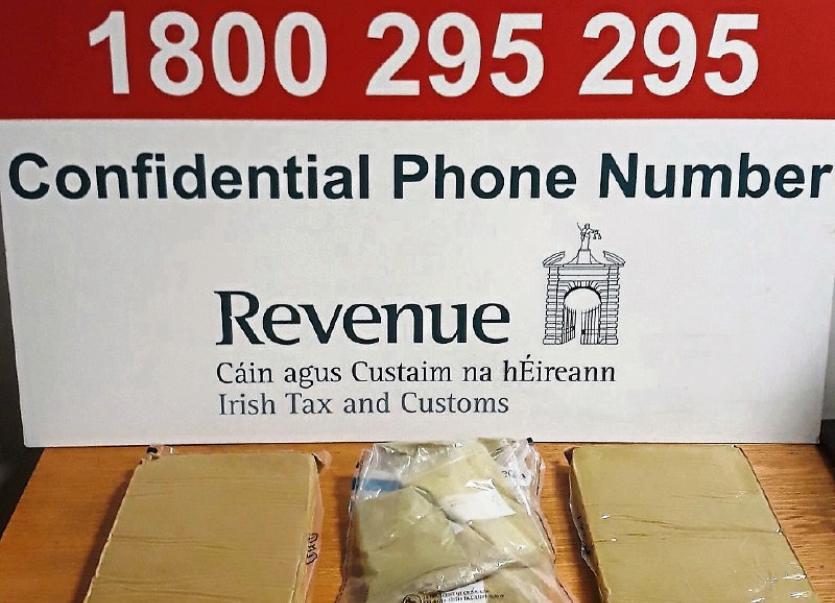 1.5kgs of Kratom were seized at Shannon Airport this Wednesday

INVESTIGATIONS are continuing following the second seizure of Kratom at Shannon Airport in just over a week.

The first package contained over 500g of the controlled drug in loose powder form and had an estimated value of €10,400. The package originated in Austria and was destined for an address in Tipperary.

The second package contained two 1kg vacuum-packed blocks of Kratom and had an estimated value of €40,600.

According to Revenue, this package originated in Luxembourg and was destined for an address in Mayo.

“These seizures are part of Revenue's ongoing work targeting the illegal importation of drugs. If businesses, or members of the public, have any information, they can contact Revenue in confidence at 1800 295 295,” said a spokesperson.

Kratom comes from the leaves of a tropical tree which is grown in southeast Asia. It has cocaine-like stimulant effect which taken in low doses but can have a sedative-type effect when taken at higher doses.

Last week, Revenue officers seized 4kgs of the drug which was destined for an address in Mayo.