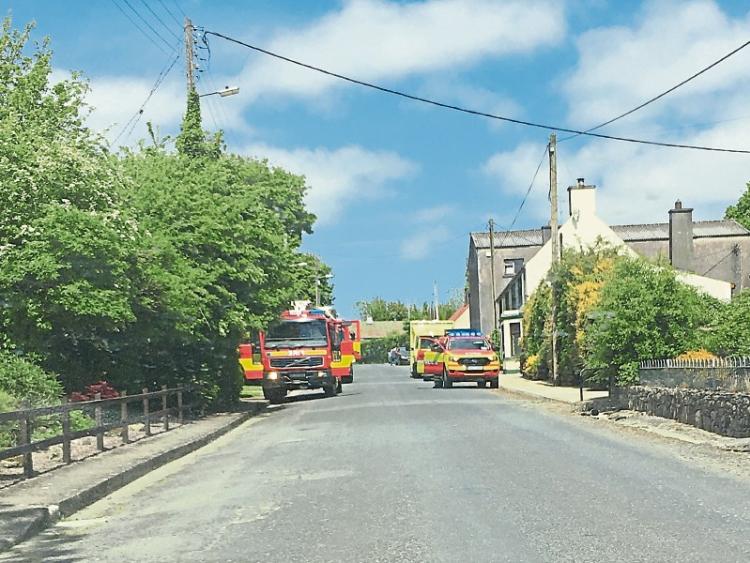 The scene of the house fire in Ballyorgan

Emergency services are attending the scene of a house fire in a village in County Limerick.

The alarm was raised shortly before 1pm this Wednesday afternoon after smoke and flames were seen coming from a house in Ballyorgan.

Two units of the Limerick Fire and Rescue from Kilmallock have been deployed to the scene as have paramedics from the National Ambulance service.

Gardai from the Bruff district are also at the scene.

There are unconfirmed reports that at least one person has been seriously injured.