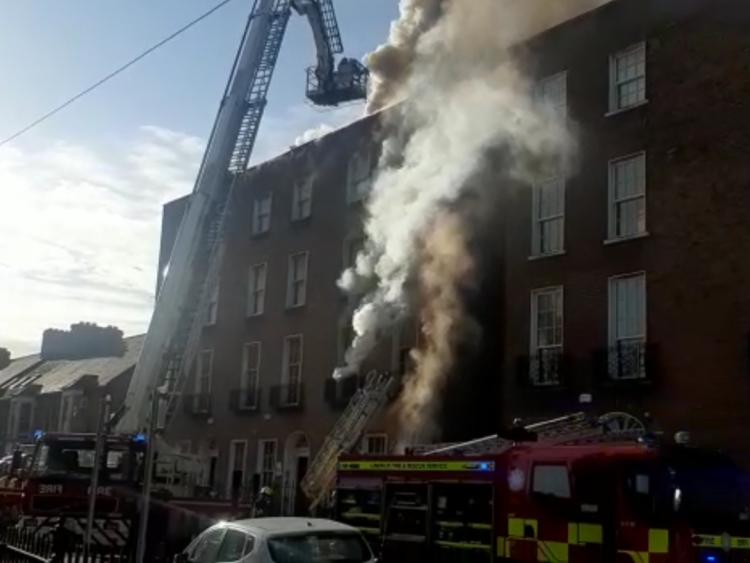 The alarm was raised shortly after 7am this Thursday

EMERGENCY services are attending the scene of a large fire in Limerick city centre.

The alarm was raised shortly after 7am this Thursday after significant amounts of smoke were seen coming from a premises at Barrington Street.

It’s understood the premises includes at least one commercial unit and a number of residential units.

Four units from Limerick Fire Station, Mulgrave Street are in attendance along with two from Shannon.

Extra pressure on emergency crews here. Fire breaks out in Limerick cc. Hopefully no one hurt. Please continue to be vigilant in all matters. #strongertogether pic.twitter.com/YuHEDDLGVp

Gardai and ambulance personnell are also in attendance and motorists are being advised to avoid the area.

At this stage, there are no reports of any injuries and the cause of the fire is not known.