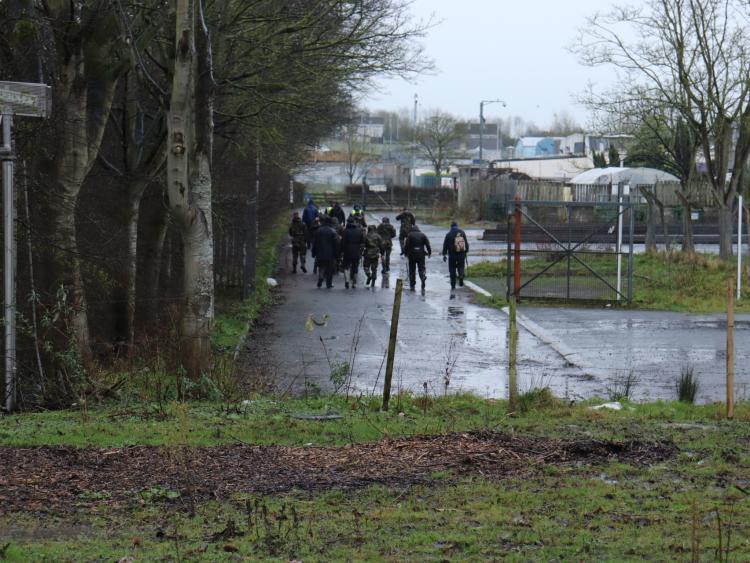 Searches are being carried out in the Galvone area of the city | PICTURE: Michael Cowhey

GARDAI have arrested four males and a juvenile in relation to a violent disorder incident which occurred on the southside of Limerick city earlier this month.

A number of people, who were armed with a variety of weapons, were involved in the incident which occurred at Lenihan Avenue, Prospect at around 4.30pm on January 4, last.

A full scale investigation was launched by gardaí which has culminated in a number of searches being carried out this Tuesday morning.

The juvenile and the males, who are aged between 19 and 45, are currently detained at Roxboro Road and Henry Street garda stations under the provisions of Section 4 of the Criminal Justice Act 1984.

“This operation is being carried out by detectives from Roxboro Road with the assistance of uniformed gardaí, the divisional search team, Roads policing Unit, and Armed Support Unit,” said a garda spokesperson.

Defence Force Specialist Engineers from Collins Barracks, Cork and the 12th Infantry Battalion, Limerick are assisting in the search of an open area in the Galvone area of Limerick.