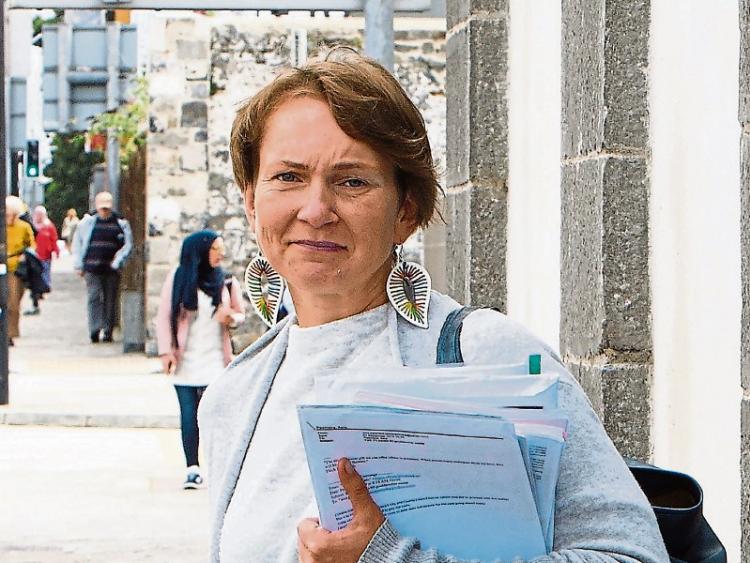 THE LEADER of the Green Party has welcomed a landmark ruling by An Bord Pleanala, vindicating a single mum’s two-year campaign to install solar panels at her home in Limerick city.

Elzbieta Joanna Pasinska, of Gouldavoher, Dooradoyle, had faced prosecution and planning refusals from Limerick City and County Council since 21 solar panels were installed in 2017.

But in a significant ruling, An Bord Pleanala rejected its inspector’s recommendations to refuse the go-ahead of the solar panels, upholding Ms Pasinska’s application.

And speaking to the Limerick Leader, the mother-of-three said: “I am glad I followed what I believe in. It is an important lesson for my three young girls.”

Ms Pasinska appealed Limerick City and County Council’s refusal to retain the solar panels on her front roof in August 2018.

Separately, the mother-of-three was fined €550 at Kilmallock Court in November 2018 for failing to comply with an enforcement notice, served on her in March 2018.

Representing herself, she told the court that she was “happy to go to prison” over the matter.

In September 2017, the council refused planning permission for retention of the solar panels.

In her appeal to An Bord Pleanala in August 2018, she said her home was “in need of a significant amount of work to make it more comfortable and environmentally sustainable”.

She said she “cares deeply about the environment and recognise that the future world my children will inhabit, for better or for worse, depends on the actions of my generation”.

She said that 21 was the number required to “power my home and completely eliminate my dependence on fossil fuels”.

She, alongside other observers in support of her application, said that the refusal to grant permission “sets a dangerous precedent for the sustainable development of Ireland”.

Recommending the refusal of retention, the An Bord Pleanala inspector said that the proposed development “would establish an undesirable precedent which could lead to further similar applications, the cumulative effect of which would seriously injure the visual and residential amenities of the area”.

An Bord Pleanala stated that the development “would not be visually obtrusive, would not give rise to nuisance from glint and glare, would not seriously injure the visual or residential amenities of the area, and would not establish an undesirable precedent”.

Deputy Ryan said that the Greens welcomed the decision, and that it was an “important test case”, adding that the current regulations surrounding solar panels “is too restrictive”.

“Hopefully, Minister Eoghan Murphy will now change the regulations to help us get more widespread deployment of solar panels on homes, schools and office buildings right across the country.”

Ms Pasinska told the Leader that she was “very happy and relieved” with the decision. However, she said she still has “a sense of injustice” as the process “cost me lots of money” on applications, drawings, fees and “the worst, a court fine”.

She said she also had to fit a gas boiler after being “forced to take panels down”.

“I really hope that this is a turning point and others will not have to go through what I went through, to be green. I want to thank Friends if Earth, Friends of Irish Environmental, An Taisce, Community Power and Eamon Ryan for their support.

“I am glad I followed  what I believe in. It is an important lesson for my three young girls.”