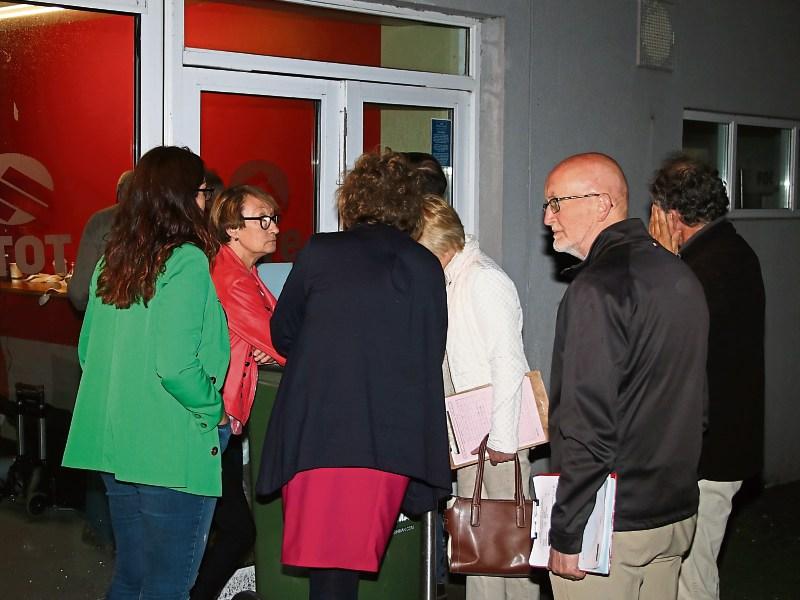 Cllr Elenora Hogan, in red, conferring with FG colleagues. She has requested and received permission for a recount | Picture: Adrian Butler

THE LIMERICK Leader can reveal that a full recount has been ordered in City West.

It's understood Cllr Hogan was facing elimination from a seat she only held since October 2016 when she replaced Oireachtas bound Senator Maria Byrne.

Sources have confirmed that council boss Conn Murray has granted Cllr Hogan's request for a recount.

It's likely to kick off tomorrow morning.

#BREAKING: @ElenoraHogan has requested a full recount in City West after just ten votes kept her and Dan McSweeney, her running mate apart. Will take place in morning, I understand after it was granted. Full story at @Limerick_Leader now. #LimerickCount pic.twitter.com/AxUiUHr5q0

At present, the only two candidates elected in City West are Mayor James Collins and Daniel Butler.

At the last count, there were only two votes separating Cllr Hogan in seventh place and Mr McSweeney in eighth place (834 voteds to 832).