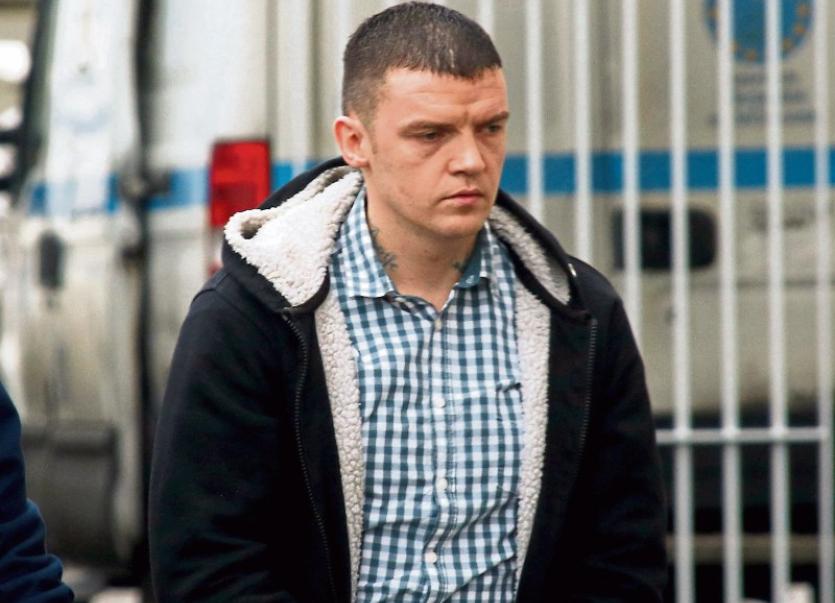 Wayne Kennedy has pleaded guilty to the manslaughter of Gerard Freyne

A HOMELESS man has admitted unlawfully killing another man in Limerick city centre more than a year ago,

When arraigned at Limerick Circuit Court this Thursday morning, Wayne Kennedy, aged 33, of no fixed abode, pleaded guilty to the manslaughter of Gerard Freyne in October 2016.

The 53-year-old victim, who lived at Brother Russell House, Mulgrave Street, died at Cork University Hospital in the early hours of October 14, 2016, almost 36 hours after he was found with serious injuries on a footpath at Lord Edward Street near its junction with Lower Carey’s Road.

A major garda investigation was launched following the incident and Mr Kennedy initially appeared in court a number of days later after he was charged under the provisions of the Non Fatal Offences Against the Person Act with assaulting Mr Freyne causing him harm.

On the instructions of the Director of Public Prosecutions, he was charged with manslaughter last year and the matter had been listed for trial on Wednesday.

After the defendant entered his guilty plea this Thursday, Andrew Sexton SC requested an early sentencing date adding that he would “need a little bit of time” to prepare his submissions.

BREAKING: A 33-year-old Limerick man has pleaded guilty to the manslaughter of Gerard Freyne (53) at Lord Edward Street in the city on October 14, 2016. Wayne Kennedy of no fixed abode will be sentenced at Limerick Circuit Court on February 5, next. pic.twitter.com/AcAebVwNT3

Judge Tom O’Donnell noted the guilty plea and adjourned the matter to February 5, next.