New book on the history of the limerick launched at library 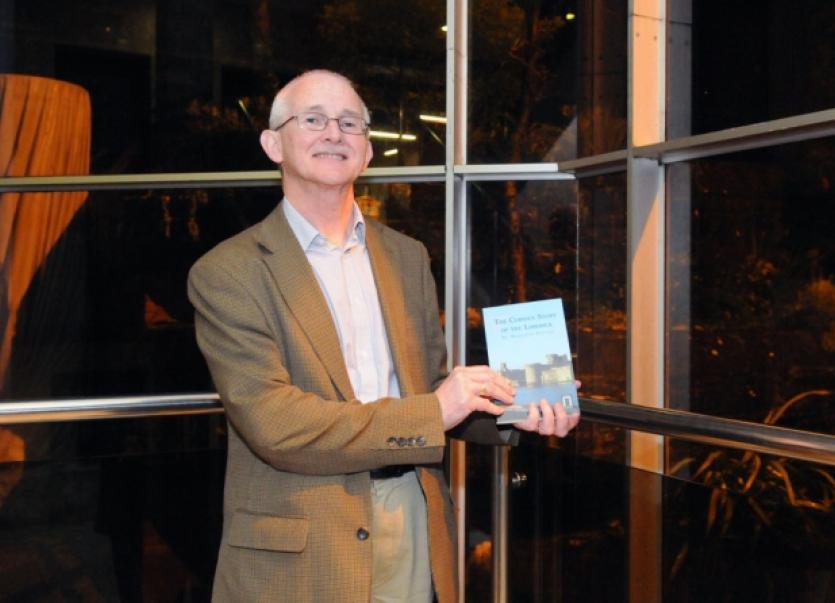 A NEW book looking at the history of the ‘limerick’ is now available in the City Library.

A NEW book looking at the history of the ‘limerick’ is now available in the City Library.

The Curious Story of the Limerick, by Dr Matthew Potter of the City Archives, is the first book ever to deal with the limerick poem in its local context.

It was launched as part of the Tailteann Nua Festival earlier this year.

But in readiness for the 2014 City of Culture, the book has now been stocked in the Granary Library.

Appropriately enough, the launch in the library was performed by Karl Wallace, the artistic director of Limerick’s 2014 City of Culture celebrations.

One of the most popular and most widespread poetic forms in the English language, the links between the limerick poems and the Treaty City are often tenuous at best.

However, this book aims to tackle this, looking at the history of the five-line poem, and those who have written them.

It charts the limerick’s journey from its origins in England to the present day.

Something else highlighted in the book is the number of major figures who composed limericks, from former British Prime Minister Clement Atlee, to poet Spike Milligan and Gilbert and Sullivan.

The Curious Story of the Limerick is published by the Limerick Writers Group, after Dominic Taylor commissioned Dr Potter to write the book.

One of its principal aims is to create an awareness of the connection between the place and the poem so that Limerick can establish itself internationally as one of the few places that gave its name to a literary form.

The Curious Story of the Limerick is his ninth book. As well as being available to hire in the City Library, it is for sale in O’Mahony’s, Celtic Bookshop and the Hunt Museum. Alternatively, you can buy it online at www.limerickwriterscentre.com.

It is priced at €12 a copy, and the Limerick Writers Centre say it will make an ideal Christmas gift.