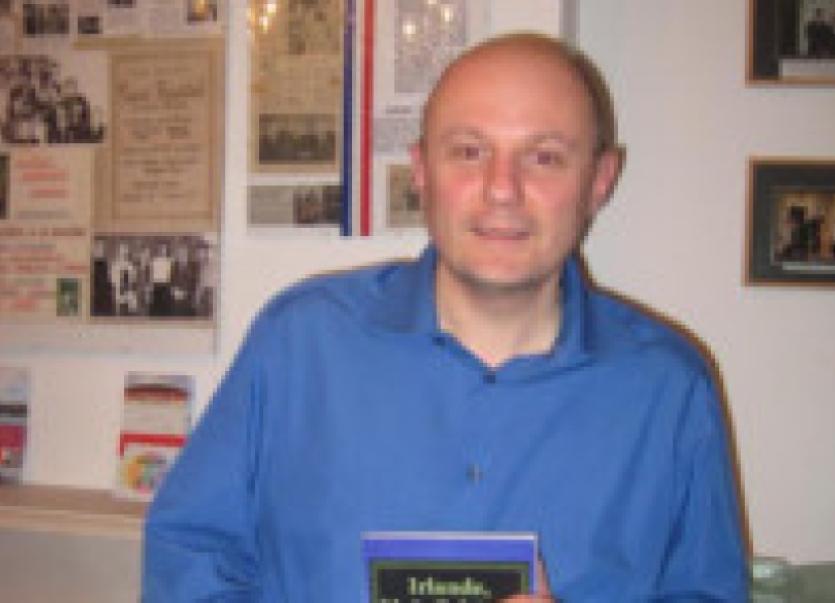 THE TRANSFER of Dell’s manufacturing plant to Poland and the human cost felt in Limerick has been a source of inspiration for French author Dominique Le Meur’s latest novel.

THE TRANSFER of Dell’s manufacturing plant to Poland and the human cost felt in Limerick has been a source of inspiration for French author Dominique Le Meur’s latest novel.

The award-winning writer from Auxerre in Burgundy could have chosen to write about the upheaval and clash of cultures in his native France. But the lecturer at the University of Limerick said while he is still considered a ‘foreigner’ here, even though he has been living in Ireland since 1992, France is even more foreign to him. But the benefit of being l’étranger is that he has a unique perspective on local life. “I’m still very French but I love Ireland and there’s a great French community here. I go to France as a visitor, but I don’t know it in the same way that I now know Ireland,” explained the 50 year-old course director of the BA in Language and Literature. His first two novels concentrated on the complexity of the Northern Irish situation, but since then the Raheen resident has moved his literary endeavours back down south, looking at how Limerick and the country at large has been changing since the start of the millennium, in the Celtic Tiger years, and most recently and possibly most profoundly, post-boom. ‘Irlande, Nuit Celtique’, the product of four years work and self-published, was launched in the Alliance Francaise de Limerick in Pery Square this Monday night, and was also launched at the Dublin Alliance last week.

Specifically it focuses on ‘Maurice’ who at 55 loses his job in ‘Compuflex’, is divorced, and also ‘loses’ his son who’s about to get married to a Polish woman. However, as much as he tries to pretend that he’s still living a normal life, the series of losses inflicted on him begins to trigger memories from his past and his own secrets. “My idea was to have a polaroid of society at a particular time. I wanted Limerick to be the background of the stories, because first of all I think Limerick has a lot to offer. It is about Limerick, but it’s also about the changes in Ireland. The book is really full of hope,” he told the Limerick Leader.

Mr Le Meur, who is a member of the executive board of the Franco-Irish literature festival in Dublin, won the Prix des Ecrivains Bretons in 1999 for his work Où vas-tu Irlande? (Where are you going Ireland?) His novels - all currently in French - are available to buy on Amazon.