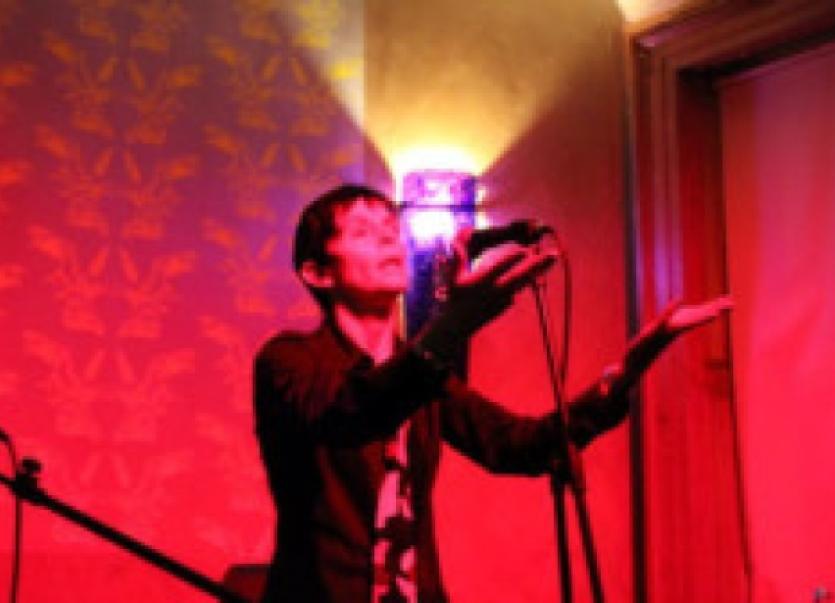 POET Máighréad Medbh is certain to pack a powerful punch when she performs her poems in Newcastle West this Saturday as part of a celebration in poetry, art and song to mark International Women’s Day.

POET Máighréad Medbh is certain to pack a powerful punch when she performs her poems in Newcastle West this Saturday as part of a celebration in poetry, art and song to mark International Women’s Day.

“It is great to go back to the home town,” Máighréad, who is Newcastle West -born said. “I don’t tend to celebrate it but I am happy to be there on International Women’s Day because I am happy to be associated with feminism. My history is one of talking about women in various ways, and I am aware we are still looking at major inequalities.”

It is and has been a busy time for Máighréad who launched two new books within the last year and who is also in demand for workshops and performances. One of the new books is a collection of poems, Pagan to the Core, which combines her first published collection with a new sequence of poems which she has called The Disaffected Country Girl and a Minor Metropolis.

“My first book was out of print and Arlen House wanted to reproduce it as an Arlen House classic. But I was asked if I had other poems and it so happened I had a sequence that seemed to be revisiting the whole territory,” she explained.

Despite more than half a lifetime living in cities, mostly Dublin, Máighréad has continued to inhabit the life of the imagination rather than that of any one place.

“I don’t know if I belong anywhere,” she said, with a kind of surprise. “Recently I have been hankering a little for country.” She would, she continued, be quite open to the idea of living in a rural place again. However, she added, she is “not one for planning” things.

In her writing however, planning and structure are key. The second book she launched last year took almost five years from start to finish.

Called Savage Solitude, and subtitled reflections of a reluctant loner, the book is primarily about exploring aloneness. And deciding on the format of the book took a lot of work.

“When I am working on one thing I get an idea for the next thing,” she explained. The idea was to write a book of reflections and meditations for people who are living alone, exploring the questions of what is it to be alone and how do you manage it.

Over several years, she explained, she collected notebook upon notebook of her own thoughts on the matter, also dipping into other people’s thoughts and experiences. Crucially also, she researched the theme across a wide range of disciplines - poetry, philosophy, science, psychology, novels - and collected hundreds of quotations and aphorisms.

“Initially I was thinking of a book of days, 365 days, starting in mid-winter,” she explained.

“But I felt I had to enter the subject and in in some way dramatise it.”

In the end, over two years of deliberate writing, she came up with a very different structure. “The process was a long one, to decide on the format,” she explained. “Structure is important to me.. I wanted the structure to be symbolic.

Almost every page is a short dialogue between the I, The Other and the One, each under a different title or topic and as the book progresses, the shape and emphasis of each dialogue also changes.

It is an intriguing approach, and a challenging one at times. While The Other is always the quotation or aphorism, the One is the feeling self while the I is the reflective self but al so the self who is likely to trigger action.

It is, as writer Sara Maitland has written, “rich and wise”.

“Overall the book is intended to be empathetic,” Máighréad explained. “The issue in Savage Solitude is that it is a reluctant loner, somebody who is finding the aloneness almost impossible to accept.”

“The problem with feeling alone is you don’t feel involved,” she added. But she would argue: “That is coming from you.”

Elaborating on a certain kind of aloneness, she described it as “how you feel when you make a decision that nobody around you agrees with.. that sets you apart. You feel abandoned in a way that is disproportionate ... it can be that terrifying...The fundamental terror is about isolation, the feeling there is no support for you... that there is no physical or material support for you.”

It is also a feeling that can’t be measured in simple time. It can be a long moment, a short moment.

“Aloneness is an internal climate,” she added. It can be caused by a fundamental breach or lack of connection with parents or with primary care givers...and in Maighread’s thinking, it may be something you will never recover from.

“At this point, I think we are not meant to be alone,” she explained. But she stressed that the loner is not always cheerlessly alone.“There are many cheery loners,” she said, but she is not aspiring to be either a cheerless nor a cheery loner.

“I am just exploring it. My question was how do you actually deal with it, with being a reluctant loner.”

The only alternative, the only exit strategy if you like, is acceptance and not probing for causes.. Acceptance frees you up, according to Máighreéad.

“I think people who feel isolated whave all sorts of reasons they might relate to it (Savage Solitude). If they find solace, great. If it gives them something to work on, all the better. Work is often the best thing. “

In time, she added, she may write a more autobiographical account of being a reluctant loner, adding to the six poetry collections, the four fiction books and the children’s stories and the CD she has already written. And she has definite plans to write a book of aphorisms, mining from the hundreds and hundreds she has already collected.

Meanwhile, Saturday evening beckons. It all kicks off at 7.30pm in Newcastle West library when Joan MacKernan officially launches the evening which will include an art exhibition by Helena McMahon, music and singing from the Sionna Singers and readings from Máighréad Medbh.

Admission to the evening is free.