Limerick choir has a lot to write home about 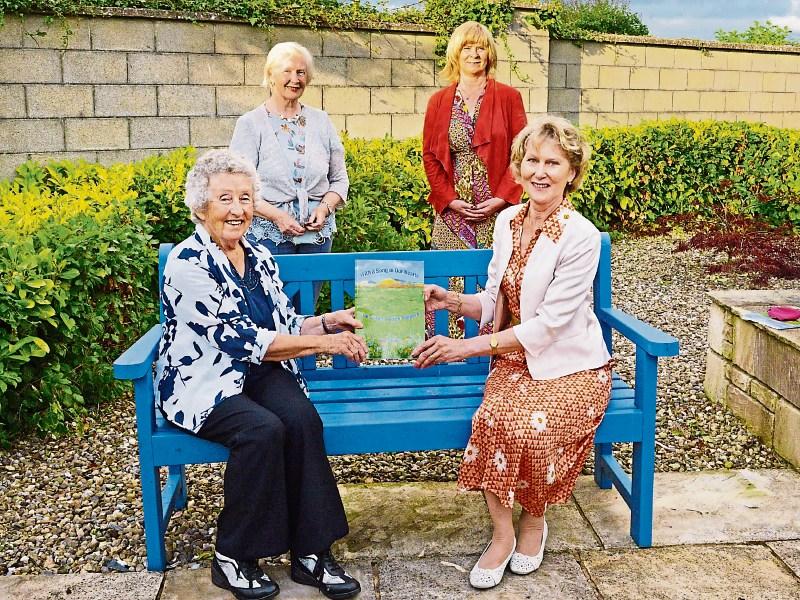 THE SLIABH Feilim Singers choral group couldn’t sing together for the last 15 months but their collective journey over 40 years could be safely written about.

With a Song in Our Hearts, written by Cappamore’s Maura Walsh, is the result and the words flow off the page like the notes on a hymn sheet.

The Sliabh Feilim Singers were founded in 1978. It evolved from the local Community Siamsa group and was the brainchild of Mary T Ryan who has been the musical director since its inception. Although based in Cappamore, its membership comes from Doon, Pallasgreen, Murroe, Fedamore, Newport, Parteen, and in Limerick and Tipperary.

Down through the years the Sliabh Feilim Singers have raised thousands for many worthy causes. Maura recalls their first concert in 1984 was to raise funds for victims of the Ethiopian famine.

“For the last number of years (pre-Covid) this choir has put on two fundraising concerts every year, Most of these concerts have taken place in the lovely surrounds of Abington Church,” said Maura. The choir wish to acknowledge the permission of the congregation for the use of this special sacred space.

A memorable trip for the Sliabh Feilim Singers was to Brittany as part of the Cappamore/Langonnet twinning exchange where they sang in a beautiful medieval church.

They have partaken in many musical competitions and festivals all over Ireland. They came away with many prizes and accolades from these events. They even traversed the Irish Sea to take on the Welsh who know a thing or two about singing.

“However, winning was never the prime motivation. Getting together and singing in harmony was, and remains, its main focus,” said Maura. And get together they did for the first time in 15 months at the launch of With a Song in Our Hearts, outdoors in the sensory garden at St Michael’s Day Care Centre.

“It was great to be back together as a group after 15 months of staying apart. Looking through the book elicited lots of laughter and smiles as the good times were re-lived and remembered. Also tears were shed as we remembered Sliabh Feilim friends who had gone to their eternal reward. However, these people will never be forgotten as they are so much part of the Sliabh Feilim Singers story. The book is full of photos which go right back to the early days,” said Maura, who thanked all who helped bring the book to fruition – Ita Richardson, Marie Hogan, Enda O’Mahoney, Mossie Kirby and Mary T Ryan for inspiring it all.

It costs €15; available from any choir member.