Limerick’s dynamism is an open book 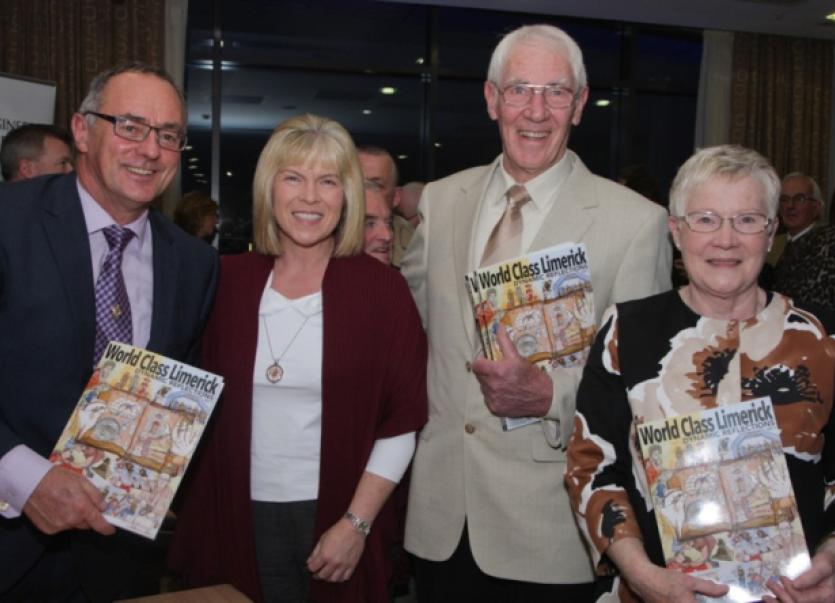 WITH Limerick continuing to make strides across so many fronts, it has taken a man from the Kingdom to pause for thought and reflect on how far we’ve come.

WITH Limerick continuing to make strides across so many fronts, it has taken a man from the Kingdom to pause for thought and reflect on how far we’ve come.

John Garrett, an engineer from Tralee, who has lived in Limerick since 1961, has just launched his third book, entitled World Class Limerick - Dynamic Reflections.

The 150-page compilation features inspirational stories from 70 people from Limerick and beyond, reflecting on what makes life in Limerick special for them.

President Higgins reflects on his brief time growing up in Limerick, before moving to Clare, and the “hard times” which many families endured in the city.

“But the character and the solidarity and care for each other among the people of this city is well known. The city has always had a unique and rich culture, which has set it apart,” he wrote.

Mark Quinn, the only Limerickman to climb Everest and the youngest Irish person to do so, writes that his own story is a “testament to what is possible when the people of Limerick come together and collaborate.”

Judge Tom O’Donnell, who has spent hours presiding over Limerick’s District and Circuit Courts, instead focuses his narrative on his love of being a part of the Limerick Triathlon Club, and his own family’s history in sport in Limerick. Musician Noirin Ni Riain describes how three homesteads in County Limerick have always sheltered her and shaped her imagination – Lough Gur, Caherconlish and Glenstal Abbey.

They are, she writes, “places where I could be easy in myself, without any pretence or mask”.

A 60-year-old civil engineer, who runs his own company, John T. Garrett and Associates in Limerick city, John told the Limerick Leader that on this occasion he “really wanted to create something special about Limerick” through a diverse offering from all sides of the local community.

“Limerick and the people of Limerick have been good to me,” he said. “We are a creative people with a wonderful history and heritage and a proven track record in industrial innovation, and academic achievement. The evidence is in the book.

“Some of the reflections in this book have been written by people with high profiles. Others are less well known. All are inspirational, each one is world class, reflective and dynamic. Limerick, as I see it is striving to be the best it can be, for it already has a proven track record of contributing in so many ways and is continuing to build on this solid foundation. I will consider the book a success if each reader takes one positive message from the many reflections and acts on it,” John said.

The publication has been supported by Engineers Ireland and any profits will go towards two worthy local causes, Milford Care Centre and Pieta House. It is priced at €20 and is available from O’Mahony’s, the Frank McCourt museum on Hartstonge Street, and a number of other local outlets.