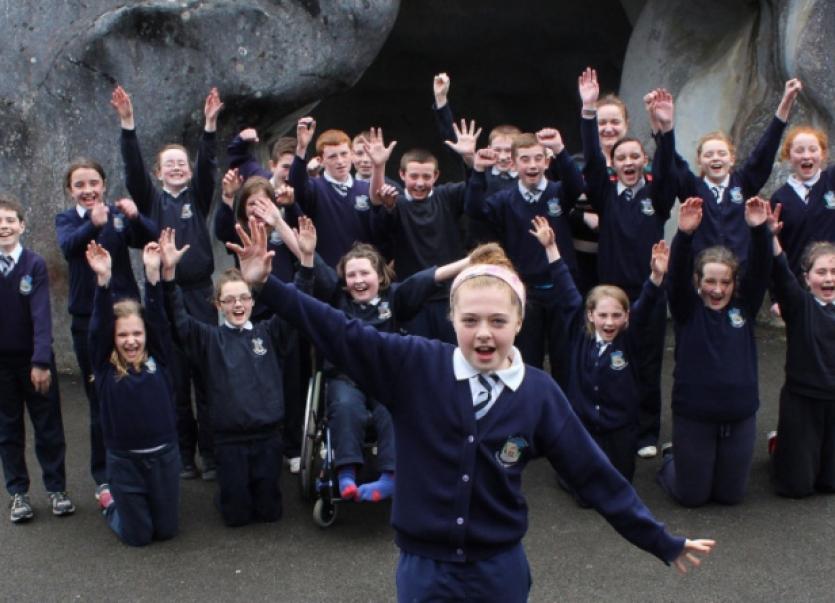 SIOBHÁN Sheehy is, at 12, already certain she would like to make her livelihood as a writer. And, according to this sixth class pupil at Templeglantine NS, she would consider journalism.

SIOBHÁN Sheehy is, at 12, already certain she would like to make her livelihood as a writer. And, according to this sixth class pupil at Templeglantine NS, she would consider journalism.

Confident and articulate, she is certainly well on her way towards becoming the Miriam O’Callagahan or Claire Byrne of the next decade. She loves reading and history and, above her, her writing has already won the accolades for Siobhán.

Now, thanks to her skill with the pen, Siobhan and her classmates headed for the Bord Gais Energy Theatre this Wednesday to see the critically acclaimed play War Horse. The trip is part of Siobhan’s prize for being a finalist in her category in the this year’s Bord Gáis Student Theatre Awards.

“It is a great achievement,” school principal Ann-Marie Leonard said before they headed to Dublin. And she is right as some 7,500 students from around Ireland entered this year’s competition.

Siobhán has been shortlisted along with four others in the national school category and her goal, and wish, is to win in her category. She would also love to win the overall prize - whcih carries a €1,000 bursary and €1,000 worth of books for the school, but acknowledges that this would be a big ask as she would have to beat off competition from the Junior Secondary and Senior Secondary categories. . But if she doesn’t win, she says cheerfully: “My goal is just to have a great day.”

Siobhán, who loves writing stories and essays, chose to write a short story rather than a scene from a play for her entry on the theme of friendship. “I decided to do the short story as I thought the play would be awkward,” she reveals,A passionate reader, she says, she prefers fact-based books to other kinds and her most recent read was about a book about a spy and coding during World War 2.

She is very much looking forward to seeing War Horse. “From what I have heard it is supposed to be very good. I saw the film and I cried. I will probably cry now at the theatre,”she says guilelessly. It will be her first trip to a theatre and she is delighted her class-mates can also share in the excitement.

“It was like an earthquake when we heard,” she reveals.

Accompanying her to Dublin will be her mother Joanne and grand-dad Michael Donegan. But unfortunately her dad Neilus is unable to go. “He really, really wanted to but he couldn’t get the day off.”

Siobhán plans to wear a borrowed pair of Amy Huberman boots for the photographs to be taken with actor and writer Amy Huberman who is one of the judges of the competition and also plans to get her autograph for her teacher.

Just remember the name. Siobhán Sheehy, for the future.