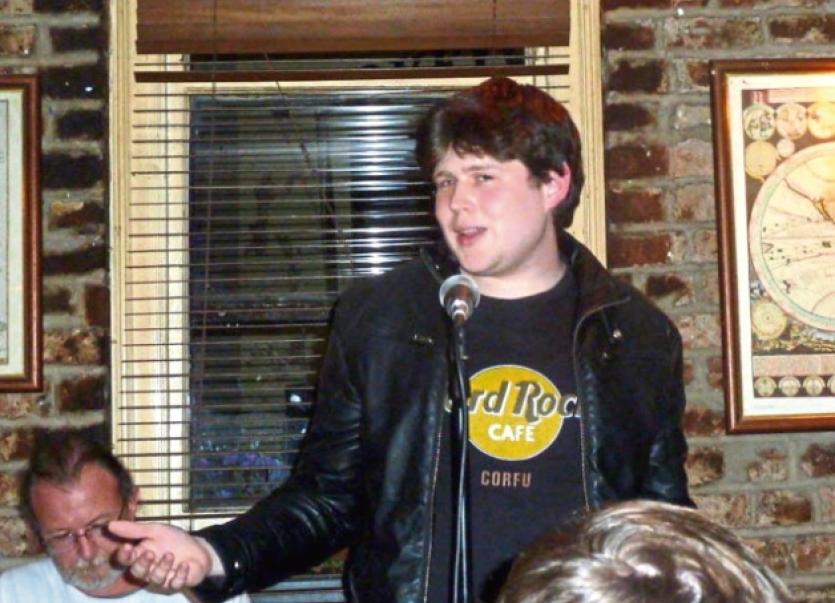 A LIMERICK student’s unique way with words has seen him secure the first runner up spot in a prestigious poetry competition.

A LIMERICK student’s unique way with words has seen him secure the first runner up spot in a prestigious poetry competition.

Paul McNamara, 22, came second in the All Ireland Spoken Word Poetry Championships in Belfast last weekend and is therefore ranked at number two in the country for his talent.

And this is just four months after winning Limericks Got Talent competition.

“Spoken word poetry is a performance of poetry,” explains Paul, “all poets perform their own original work. They recite their poetry without a script and give it feeling and emotion and tell a story similar to acting.”

The Doon native qualified in the Munster finals, where the top two poets from each province progressed to the all Ireland final. His performance of his poem, Le Femme, saw him secure the second spot in Belfast.

Paul said he was “delighted” to finish in second place and that he is motivated to make the final push to first place next year.

“Taking part in the finals was an incredible experience, I learned so much from it. Coming second gave mixed emotions, I was delighted to do so well.”

As runner up, Paul would be next in line to represent Ireland in the European Championships next year, if the winner was unable to go.

Paul, who is currently doing a masters in English literature in Mary Immaculate College, says to succeed as a writer “you have to read, read and read some more.”