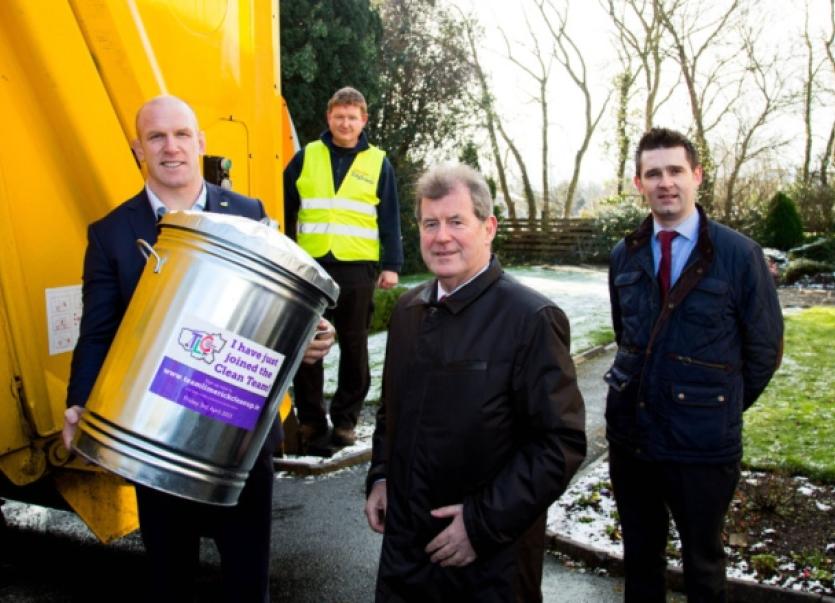 A SOUVENIR book which captures perfectly the inaugural Team Limerick Clean-up endeavour has been published - and contains an A to Z of the dedicated volunteers who gave up their time to clean up their beloved city and county.

A SOUVENIR book which captures perfectly the inaugural Team Limerick Clean-up endeavour has been published - and contains an A to Z of the dedicated volunteers who gave up their time to clean up their beloved city and county.

JP McManus - who came up with the concept for the TLC event with Munster and Ireland rugby legend Paul O’Connell and community activist Helen O’Donnell - said the publication “is in recognition of the hard work shown by everyone involved”.

It contains a selection of short reflections from well-known Limerick people on what April 3, 2015 meant to them. Memories of the day are enhanced by an array of colourful photos depicting local children, sporting stars and volunteers busy at work in their neighbourhoods.

“For me, personally, the most critical feature was the outstanding level of individual participation which far surpassed our original target of 2,500 people and which in the end, attracted over 10,000 volunteers,” Mr McManus explained.

“With the incredible leadership shown by Paul O’Connell, the degree of community awareness about the importance of maintaining a clean environment became central to our goal of making Limerick the cleanest place in Ireland.”

The results of the day were outstanding with more than 100 tonnes of litter collected over a 2,300 kilometre radius throughout Limerick. The volunteers didn’t just pick litter, many people also organised refreshments for groups to gather for a cup of tea after their clean-up.

“In addition to the volunteer involvement, we received essential support from our partners - Limerick City and County Council; Mr Binman; the Limerick Leader and Limerick’s Live 95FM,” said Mr McManus.

“Without their contribution, this initiative would not have been possible. Hopefully, we can move forward and continue to keep our county beautiful.”

In his reflection in the booklet, Ireland captain Paul O’Connell begins with a quote from another towering figure, Greek philosopher Aristotle: “We are what we repeatedly do. Excellence then is not an act but a habit.”

Paul’s son Paddy was almost five when he took part in his first Team Limerick Clean-up. “Hopefully, when Paddy is 20, he will be taking part in his 16th TLC. At that stage, for him, it will just be something he does every year as a Limerick person,” said his proud dad.

One of Paul’s fondest memories of the day was seeing the “incredible work” carried out by the residents of Southill and the warm welcome the volunteers received in the clean-up locations.

Alan English, editor of the Limerick Leader - proud partners of the TLC endeavour - said: “It was a great pleasure to provide comprehensive coverage in the Leader the following week, with a huge number of pictures showing people all over Limerick playing their part in a terrific initiative.”