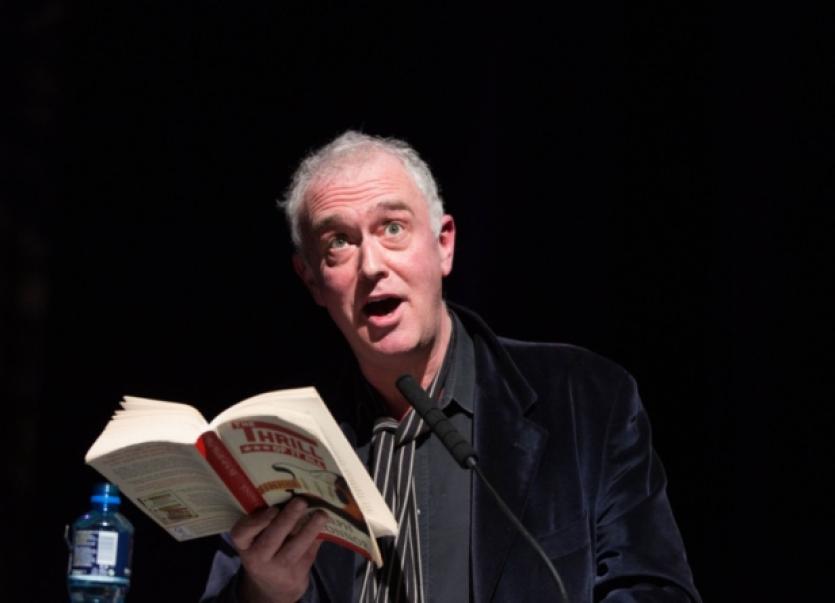 The arts and literary festival will run in Newcastle West from April 16 to 18 and will be opened by internationally renowned and multi-award winning author Joseph O’Connor.

Mr O’Connor has described the late Michael Hartnett (1941-1999) as “one of my favourite Irish poets of all time” and has titled his keynote address, Memories of an evening Michael Hartnett.

“I am honoured to be opening the Eigse Michael Hartnett, a festival in honour of one of my favourite Irish poets of all time,” said Mr O’Connor, who is the Frank McCourt Professor of Creative Writing at the University of Limerick.

“Hartnett was unique: he wrote in Irish and English, he was both classical and contemporary, but most of all he wrote with such insight and wisdom. This is a wonderful festival and I salute everyone involved.”

Established in 2000 as a tribute to the life and work of Michael Hartnett, Eigse is an intimate festival, taking place in the very streets which shaped Michael and about which he wrote.

And through its annual Michael Hartnett Poetry Award, the festival also continues one of Michael’s outstanding qualities, his support for and encouragement of younger writers.

This year’s award is for collections written in Irish and the winners are to be announced shortly.

This year’s festival programme, funded by Limerick City and County Council and supported by the Arts Council, offers a mix of poetry and music, literature and drama, visual arts and dance.

Highlights will include the opening address by Joseph O’Connor and the launch, by Paddy Bushe of an exhibition of Irish writers, photographed by Niall Hartnett, son of the late poet.

Peter Fallon, poet and Gallery Press publisher, was Michael’s publisher since 1975 and will deliver this year’s Michael Hartnett Memorial Lecture which he has titled The Hold of English.

Martin Hayes will join David Power in the Desmond Hall on the Friday night of the festival where poet Doireann Ni Ghriofa will also perform.

And there is likely to be strong interest in Pat Kinevane’s one-man play Underneath later that evening. The festival draws to a close on a high note, with award-winning novelist and short-story writer Kevin Barry, originally from Limerick and now living in Sligo, who will be joined on stage by the Brad Pitt Light Orchestra for an evening of words and music.

The programme also includes a schools programme with poets and performance artists, an Open Mic competition with €300 prize money for an original poem and this year’s new addition, a cultural walking tour of the town on Saturday afternoon.

There will also be exhibitions and an integrated dance performance with local students and service users from the Rathfredagh Cheshire Home and the Brothers of Charity. Many of the events of the festival are free and none costs more than €10.

Brochures are available from this weekend or go online at Eigse Michael Hartnett.