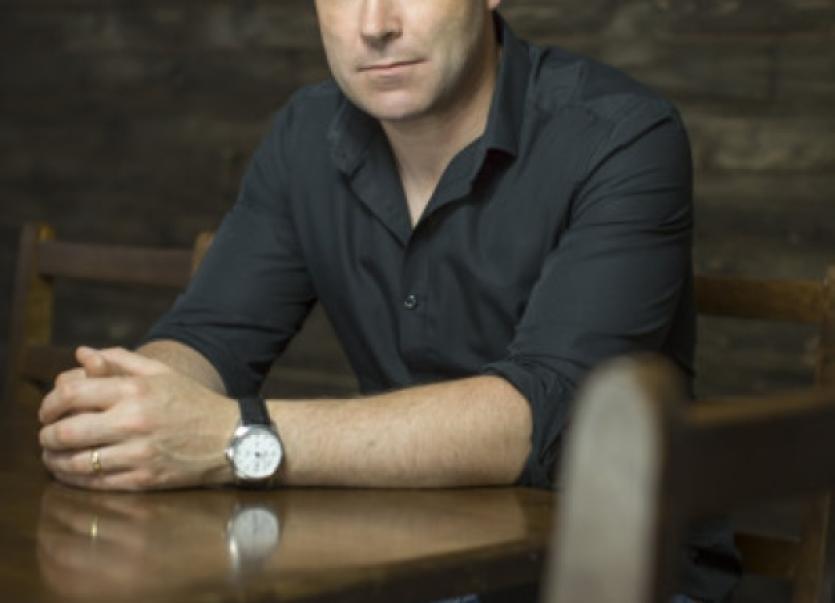 BEING the first writer in residence at the University of Limerick has been life-changing for author Donal Ryan, who has won international acclaim and a barrowful of prizes for his books to date, The Spinning Heart and The Thing about December.

BEING the first writer in residence at the University of Limerick has been life-changing for author Donal Ryan, who has won international acclaim and a barrowful of prizes for his books to date, The Spinning Heart and The Thing about December.

And his tenure as Writer Fellow, which runs to the end of the year, has been extraordinarily fruitful as well. “I got my short story collection finished, and edited, and a workable draft of my third novel, which I’d been working on sporadically since 2013, finished,” he revealed this week.

But for the Tipperary-born author, who has been living in Limerick for over 20 years, the single biggest change was a personal epiphany.

“It has changed the way I approached my writing. In all honesty, I hadn’t properly begun to see writing as my full-time occupation, even though I’d been supposedly full-time at it since the previous March,” he told the Limerick Leader.

“When I started in January to go down to my very own office every day something clicked in my head, some gently insistent voice became louder, saying, ‘You have to sit at that desk and work, every day. This is your proper job now. You’re a writer.’ I’d still, even with two novels behind me, been almost unconsciously seeing myself as a labour inspector on an unpaid holiday.”

The position of writer in residence, or Arts Council University of Limerick Writer’s Fellowship to give it its full title, is co-funded by UL and the Arts Council and one of the responsibilities of the position is to engage with students, staff and faculty in different ways.

“The best thing about the residency for me, though, is interacting with the MA class in creative writing. The students are all talented writers, and they all approach writing in different ways, and they all have unique and exciting voices.”

“Working with them forced me to think harder and to examine more forensically my own approach to the act and art of writing. I find myself talking about things I hadn’t thought about before, and finding things out about myself as a writer. Being in a position to help in any way with a person’s development as a writer is a thrill and an honour. It’s exciting to watch things coming together for people, and great to see people’s confidence increase,” he said.

He is also enjoying the UL campus. “I’ve been on campuses all over Europe and the US and none of them were as beautiful as UL’s campus,” Donal said. His new short-story collection, A Slanting of the Sun, will be published on September 24 and he is currently working on his fourth novel. He will continue to hold the position of Writer Fellow until the end of the year.

Meanwhile however, author Joseph O’Connor who holds the Frank McCourt Chair at UL, has invited applications for the position of Writer Fellow for 2016 from Irish writers of established reputation

“The Fellow will be a part of UL’s Creative Writing community and will engage with students, staff and faculty in a number of ways,” Mr O’Connor explained. “The Fellow will also have the opportunity to develop her/his own work in a supportive environment.”

Details to make an application can be obtained from Claire Ryan, Programme Coordinator for Creative Writing at Claire.ryan@ul.ie but the closing date is August 28.