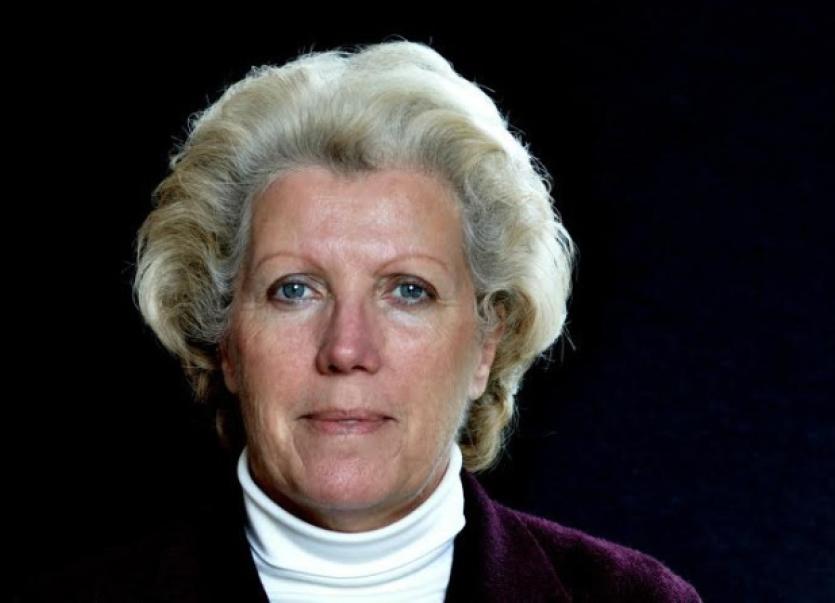 SOME people talk about writing books. Others just day-dream about doing it.

SOME people talk about writing books. Others just day-dream about doing it.

But Ros Pearl simply went ahead and did it, starting her first book at the age of 60.

And the result, A Strange Way To Die, is a fast-paced action thriller that is certain to appeal to James Bond fans and is crying out to be turned into a film.

It also puts Ros in line for the title of ‘coolest mother-in-law in the world’, because the book was created in collaboration with her son-in-law, George Bamford, the son of Lord Bamford, who heads up the family-run JCB firm.

The original idea for the book, Ros explains, came from George, who has made his name modifying and personalising luxury brand watches such as Rolex and who has been called a “luxury rebel” by Forbes magazine.

“My son-in-law whom I adore, and with whom I get on really, really well, has always been an avid James Bond fan,” she says.

But one “tantalising” sentence in the final pages of You Only Live Twice by Bond author Ian Fleming caught his imagination in a very powerful way. It mentions that Bond’s girlfriend Kissy Suzuki is expecting his child and from this, George began to weave various stories and scenarios about this Bond baby.

But one time, Ros recalls, when James Bond was again being talked about, George said to her: “ I would so love to get my ideas down on paper. Would you write it? I said no. I can’t write books. I never have.”

Ros’s daughter Leonora who is married to George thought otherwise and encouraged her to give it a go.

And she did, often writing for up to six hours a day, mainly at Ballyneale House outside Ballingarry which has been her home for the past 17 years. But she says: “I can write anywhere.”

“There was no plan for the book, no definite story line mapped out,” she explains. “Once I had written a couple of chapters I really got into it.”

As the book progressed, different and new elements were developed and written in. Ros would email completed chapters to George, sometimes three or four at a time. Characters were discussed, new twists in the plot devised or dropped.

“It just rolled on,” says Ros, making it all sound so simple.

She learnt on the hoof, drawing up her character boards, listing their physical characteristics, their emotional qualities, their likes and dislikes, meticulous even down to the brand of watch or suit a character would wear.

She researched topics she knew nothing about, diligently tracking down authentic details for her martial arts scenes for example or for the duties of a close protection officer. And she handled the sophisticated plot line with ease, crisscrossing continents in a story which involves international conspiracy spiked with high-level technology and a love interest.

After ten months, she emerged, from these “uncharted waters” with a first draft and quickly got herself an editor to tidy up the manuscript.

Now, she is keen to keep going in what may well prove to be a series of Hiroshi books.

There are, she says, enough ideas for six or seven books but they need to be fleshed out. And although Ros has a rough outline for a second book underway, she cautions that “It is very,very early days yet.”

This time, she says, she is going to plot out the book. “I need more structure.”

For all that, she has discovered what a great many writers discover: that what you plan to write and what you actually write can diverge.

But for this first-time novelist, almost everything about the writing process begets a smile. Even the memory of her husband, millionaire financier David Pearl, urging her to close the computer and go to bed.

Now too, her confidence boosted by the reaction to her book, Ros is thinking about resurrecting ideas for other books she had written down over the year.

As a young wife and mother, (Ros married David at the age of 18), Ros kept files on story lines and possible books but never transformed them into the written word. But writing, she feels, was always there somewhere.

“My father wrote beautifully. He was in the navy and always kept a diary, wrote little articles and poems. He had a way with worths that was fascinating as a child,” she recalls.

And in the 1990s, she herself began to write articles, starting off with player profiles for a British polo magazine.

And even if she is a little surprised that her first book turned out to be an action thriller, she is nonetheless quite delighted to have done it.

It’s hard to beat having your name on the front of a book though. And to be a first-time novelist at 61 is even better. “It is exciting,” she grins.

A Strange Way to Die is available exclusively on Amazon