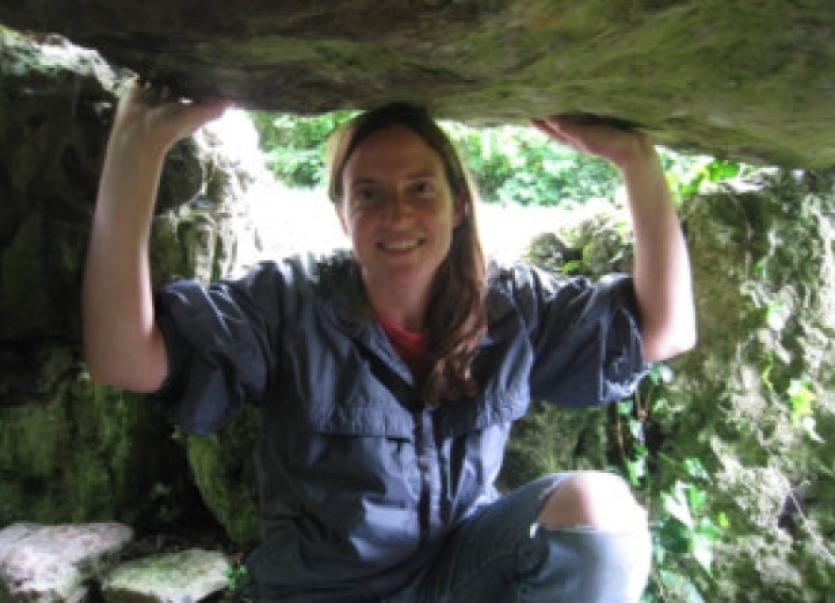 Internationally renowned and critically acclaimed horror writer Chris Kullstroem has visited Limerick to research first-hand local legends and folklore to feature in her upcoming publication entitled Drawn to the Dark.

Internationally renowned and critically acclaimed horror writer Chris Kullstroem has visited Limerick to research first-hand local legends and folklore to feature in her upcoming publication entitled Drawn to the Dark.

The city based story of Drunken Thady and the Bishop’s Lady by the Bard of Thomond Michael Hogan is a story that fascinated Chris when she read about it first during her research for the tour.

“I wanted to visit Limerick after I read of Drunken Thady and also of the Earl Gerald of Lough Gur. I found both those stories fascinating. They are kind of unique. We see similar tales across the world in similar cultures but these stories have something else something that is truly local.”

Chris visited Limerick even though there is no established dark tourism in the area to appraise our legends. She is invited to be the main guest speaker at this year’s Horror Convention - ScareCon - in London later this June and she arranged to visit the Mid-West region while she was in this part of the world.

Drunken Thady and the Earl Gerald will appear alongside such notorious historic figures as Vlad the Impaler and mingle through despicable events such as the medieval witch burnings of northern Europe and the long-necked people’s massacre of Japan.

Chris describes what Dark tourism is: “Many areas have been affected by atrocities and sometimes communities get divided as a result. The emerging industry of dark tourism is extremely beneficial to an area. Local people will get a better understanding of their heritage - even if atrocities remain in the cultural memory. We’ve seen how people flock to Dallas just to see the street where JFK was assassinated, not to mention the millions that visit Auschwitz, or the mass graves of World War One. We are fascinated by death, I feel there is potential for Limerick to develop as an alternative destination for dark tourists.”

Chris has almost circumnavigated the globe since she set out on her year long research of dark themes on the apt date of Friday September 13, 2013 when she left her home town of Norwich in Connecticut.

Based on her travels across countries such as Mexico, Japan, Romania, Germany and Hungary among others, Chris finds that Limerick already has the sense of community that many places have lost and she said: “I find Limerick a gelled community. In all my travels, I’ve never seen a town come together in the way it has here for this bank holiday weekend. This is the first time I’ve seen a festival to encompass an entire town. Which is exactly what a festival should do. It should bring people to different areas of the town than they normally go.”

“What I loved about Limerick is that nobody knew why I was here and people were so friendly to me. From people helping me with directions to shop owners eager to give me samples.”

“It was so cool to see the local gospel choir give a concert and try to raise funds for the Corbett Suicide Prevention Patrol - that was unusual to see. That is what community should be and Limerick has it. I never expected a city this size to be so warm.”

Chris has researched haunted attractions, ghost tours, and other entertainment-based dark tourism in the United States, Canada, Eastern and Western Europe, Japan and Australia. Her book will focus on how entertaining scare attractions blend history, theatre and social interaction, and what they can teach us about ourselves, our history and the wider world around us.