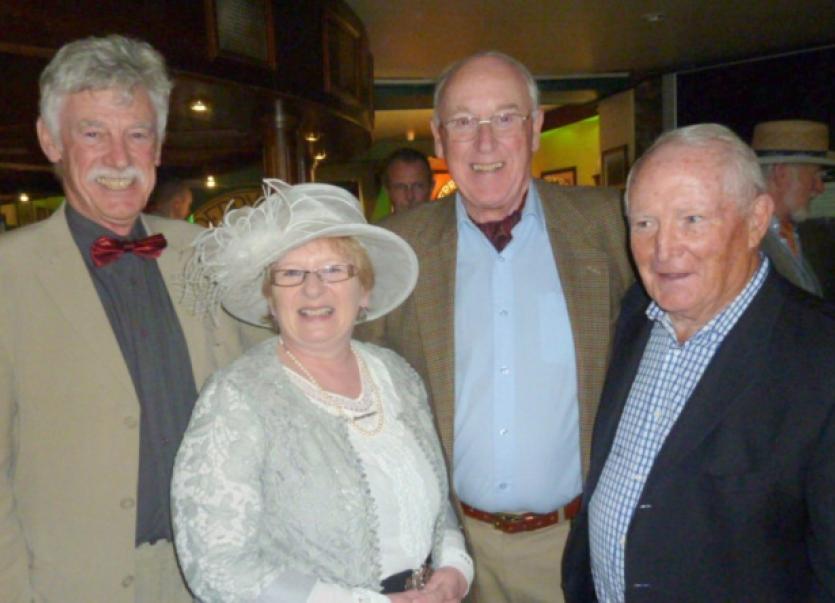 A HEARTY Bloomsday breakfast ensured locals in Bruff were in fine fettle for the range of activities which were hosted in the town this Tuesday to celebrate all things James Joyce.

A HEARTY Bloomsday breakfast ensured locals in Bruff were in fine fettle for the range of activities which were hosted in the town this Tuesday to celebrate all things James Joyce.

Characters from James Joyce’s novel Ulysses were brought back to life on the town’s main street as men, women and children decked out in traditional Joycean garb paid homage to the life and thoughts of Leopold Bloom.

People even travelled from the States and around Ireland to attend the unique occasion, which included re-enactments, a wreath-laying ceremony and an exhibition.

“People from America were there and they said it was the best thing they had seen,” said Donal Thurlow, one of the organisers.

“Some people who have been going to Dublin for years came to Bruff because they heard it was so good. And we were blessed with the weather, really blessed.”

Bloomsday is a celebration that takes place both in Dublin and around the world. It celebrates Thursday, June 16, 1904, which is the day depicted in James Joyce’s novel Ulysses.

The day is named after Leopold Bloom, the central character in Ulysses. The novel follows the life and thoughts of Leopold Bloom and a host of other characters – real and fictional – from 8am on June 16, 1904 through to the early hours of the following morning.

One of the hallmark fancy dress items of Bloomsday, the straw boater hat, was out in force in Bruff on Tuesday for the celebrations.

Proceedings began with a “stunning” courthouse scene in the old courthouse building, now the Thomas Fitzgerald Centre. There was a short talk and mini-drama about the court battles for the publication of the book, Ulysses.

“From the courthouse we strolled down the street. People were all dressed in their finery. We went to Clancy’s where we had breakfast,” Donal explained.

Following the breakfast, locals gathered outside where Cllr Eddie Ryan who was deputising for Mayor Kevin Sheahan laid a wreath at the plaque dedicated to the friendship between James Joyce and George Clancy.

To ensure that people really felt in the spirit of the occasion, Derry’s Bar in the town was renamed Barney Kiernan’s - a public house which features in Ulysses - for the day.

“There we had a re-enactment of another scene or a mini drama from the Cyclops episode in Ulysses,” Donal explained.

Attention then turned to the Bloomsday headquarters - the former Church of Ireland - where there was afternoon tea and an exhibition featuring James Joyce’s death mask, from the Hunt Museum.