Tall tales and a slice of history from The Long Acre 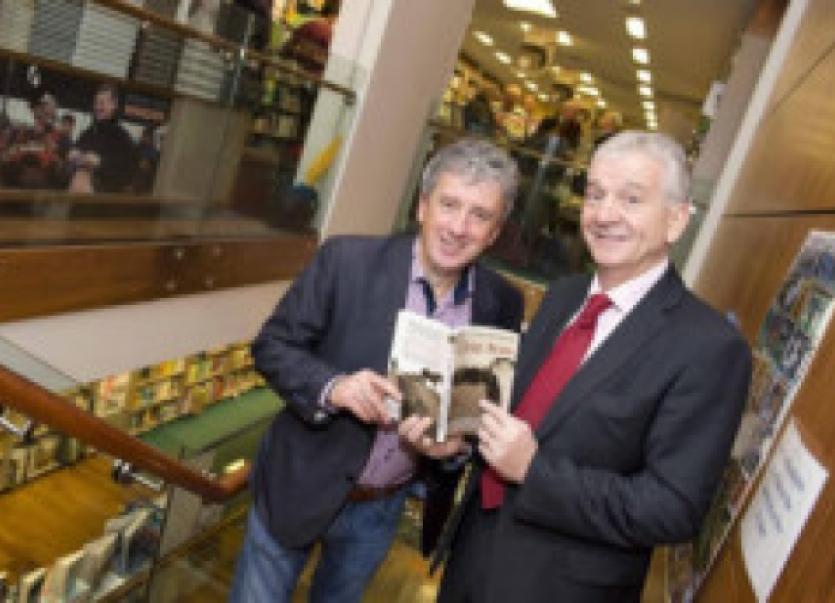 A WORLD that no longer exists but lingers yet in the memory has been brought to vivid life in a new book from journalist and author PJ Cunninghan. The title of the book alone, The Long Acre is evocative of a slower, rural way of life and it is this life that PJ has mined.

A WORLD that no longer exists but lingers yet in the memory has been brought to vivid life in a new book from journalist and author PJ Cunninghan. The title of the book alone, The Long Acre is evocative of a slower, rural way of life and it is this life that PJ has mined.

The book carries on the vital tradition of John B Keane’s work in telling the stories of a disappearing Ireland, according to John B’s son, Billy, who is himself an author and journalist, and who launched the book.

“In a writing sense, PJ Cunningham is a son of my father,” he went on. “This book bears witness to a time and place where, after centuries of traditional ways, the people experienced rapid change into a modern society between the 1950s and 1970s. .

“It was a time when the comely maidens made way for their more modern sisters in stilettos and mini-skirts walking past the village green in a society shelving the skin of religion and superstition,” said the Listowel man.

And while PJ is confident the book will appeal to those in their 50s and older, those who knew this world, his hope is that younger readers will also be attracted to the book.

“I am hoping the stories stand by themselves, but that if you were 20 you would get a little light shone into a different Ireland.”

All the stories are grounded in PJ’s own reality of growing up on a 50-acre farm, (“a lot of it boggy) in Co Offaly in the late 50s and 60s. “I am the young who sees things happening,” he explains.

The things that happen include how, as a boy, he was terrified by three neighbouring sisters who were affected by the moon or how a neighbouring farmer systematically fooled his wife by selling off cattle for drink money.

“The stories also highlight an aunt who had “the gift”, able to foretell death; a grandmother who hid a rebel from the Black and Tans and those who rebelled against the vice-grip of the Catholic Church.

The book is, above all, a slice of recent social history, when the old was breaking up and the new beckoned.

“For maybe three centuries in Ireland, there was very little change in terms of how we lived. Then, in 20 years, we came forward rapidly,” PJ explains. The book aims to reflect the fears and aspirations of a people forced to take new directions at the crossroads between this old Ireland and the new. “The stories look at the fallout as these two worlds collided within communities and the church.”

A previous book by PJ called The Lie of the Land, which also drew inspiration from those decades, went into four editions, he is pleased to relate. And he is delighted that The Long Acre has been shortlisted for best Irish published book of the year in the Bord Gais Irish Book Awards. (Members of the public can still vote in this up to this Friday.)

PJ worked as a journalist for over 30 years, with the Irish Independent and later as deputy editor and sports editor with the Sunday Tribune.

But it was the closure of the Tribune which catapulted him into working over the scribblings and notes he had been making for years , shaping them into books and becoming the writer he always wanted to be.

The Long Acre is published by Ballpoint Press, price €14.99 and is also available on Kindle.