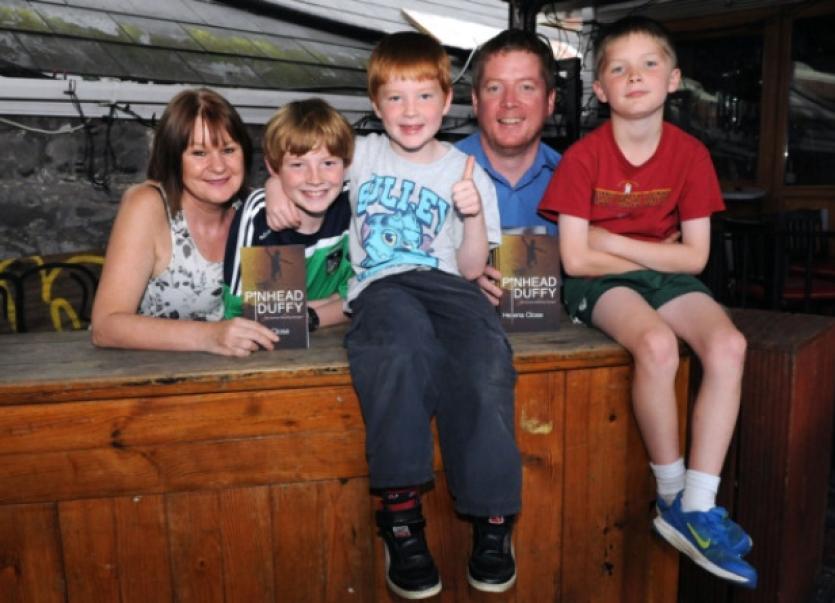 a SMALL local publishing house will come of age this Sunday when it re-launches seminal Limerick novel Pinhead Duffy at Dolan’s Pub.

a SMALL local publishing house will come of age this Sunday when it re-launches seminal Limerick novel Pinhead Duffy at Dolan’s Pub.

Former Bluebox Creative Learning centre manager Mark Lloyd, Dooradoyle, set up Pillar International Publishing in 2012 after being made redundant from the LEDP-based school.

In that time, he has published a wide range of what he describes as “independent” and edgy” fiction.

This Sunday - ironically Mark’s birthday - at the invitation of local author Helena Close, Mark will reprint Pinhead Duffy on the occasion of its own tenth birthday.

A coming-of-age novel, Pinhead Duffy focuses on the adventures of children Nod, Dodge, Eyebrows and Pinhead throughout a lovely 1970s summer in Limerick.

The characters in the book have been compared to Holden Caulfield, the hero of JD Sallinger’s classic ‘The Catcher in the Rye’.

Mark got the call to republish the book from Helena only days after setting up the firm.

“I had only started Pillar a wet week, and Helena called me and asked if I would be interested in re-publishing it. I dropped back, and said to her ‘Would you not try a proper publisher?’ But she said because I am a Limerick man, and this is a Limerick book, she wanted me,” he recalled.

Mark hopes that the relaunch will open the book up to a whole new generation of people.

The future appears bright for Pillar International Publishing with a number of new launches next year.

He hopes that he will be able to reprint a book by his grandmother Clare, named ‘the homecraft book’.

Published in the 1940s, the book contains some interesting tips of the day, including the use of peroxide to burn freckles off one’s face.

Setting up the company, named after his grandfather Victor, came as a “lightbulb” moment, Mark said.

“Something clicked into place. I knew I was leaving the Bluebox. I always had the idea and aspiration that I would be a fully professional writer. Then I thought: why not be a publisher. As soon as that popped into my head, I settled on it,” he said.

Pinhead Duffy re-launches at 8.30pm this Sunday in Dolan’s, with a reading by Helena Close. All are welcome.