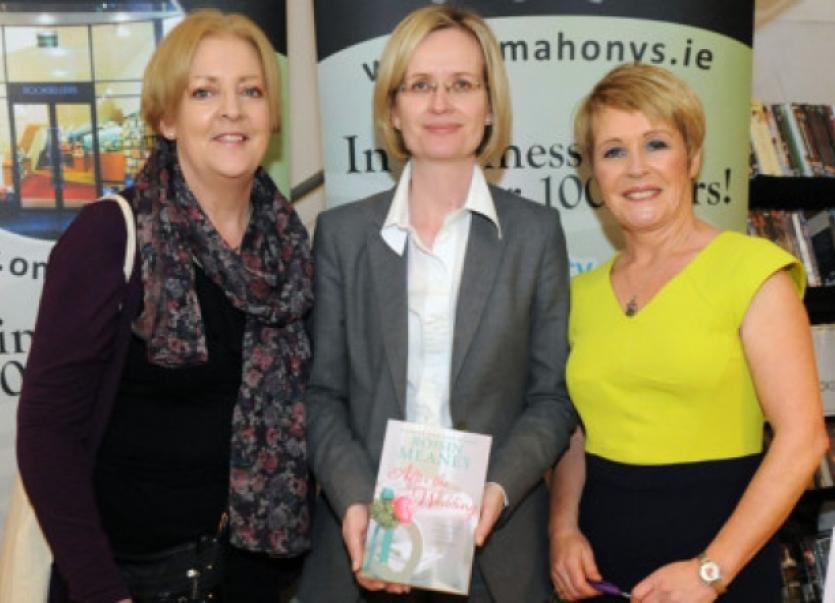 ROISIN Meaney’s new novel is quite fittingly set at the beginning of May.

ROISIN Meaney’s new novel is quite fittingly set at the beginning of May.

Her tenth work, the eagerly awaited sequel to One Summer, published in 2012, After the Wedding is a romantic story with a twist. Set on Roone, a small island off the west coast of Ireland, Nell Mulcahy calls off her wedding and instead admits her love for her fiance’s brother.

The idea of opening, rather than closing the story with a wedding, appealed to Roisin to keep her readers guessing.

“It felt right to set a wedding in the opening chapter and explore what happens after the confetti has been swept up and real life resumes,” she said.

“I loved those characters,” she said of One Summer, “and that place so much I had to go back to them. There they all were, pretty much as I’d left them two years earlier, and I was delighted to take up their stories and see what came out. This book, incidentally, is the only one my editor didn’t want me to change at all when she read it. ‘It’s perfect just the way it is,’ she said.”

Published by Hachette Ireland, it has been positively received by her fans and critics alike, with the Irish Independent praising her as a “master of her craft and a gifted storyteller ... repeatedly and deservedly likened to Maeve Binchy”.

The prolific author, who grew up in Clanmorris Avenue in the city, takes inspiration for her work from holidays, and frequently stays in Clare, the setting for her latest work.

“I’ve never been a fan of glamorous or expensive holiday locations - a small island with quirky characters and serendipitous happenings is exactly the kind of place I’d make a beeline for in reality,” she said.

After a recent writing retreat by the sea in Puglia, Italy, her fans can look out for mentions of gelato and Prosecco in her next novel.