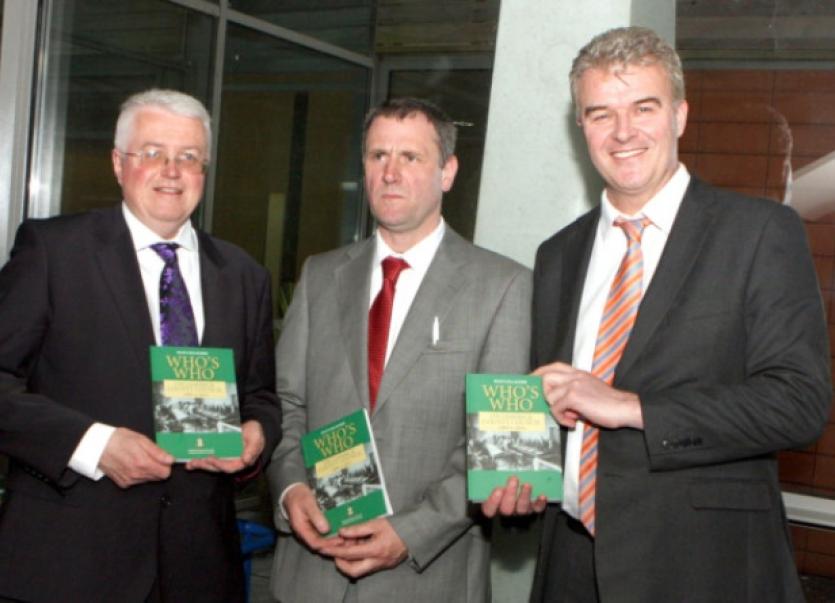 ONLY 15 women have served as county councillors in the 115-year history of Limerick County Council.

ONLY 15 women have served as county councillors in the 115-year history of Limerick County Council.

This was one of the most startling facts revealed by author and former council employee Sean Gallagher, when his book, Who’s Who on Limerick County Council, 1899-2014 was launched following the final meeting of the local authority.

In total, 339 people have served as councillors, Mr Gallagher told the packed council chamber and they came from a variety of backgrounds.

“Among them were aristocrats, Fenians, Land League activists, veterans of the War of Independence and the Civil War, political prisoners, unionists, trade unionists, writers, renowned hurlers and govenrment ministers,” he said.

“Also included were very ordinary men and women who reflected and represented the concerns, aspirations and values of the wider community of the county,” Mr Gallagher continued.

“But each of them in their own way made a useful and significant contribution to local government and to the social, economic and cultural development of the county. To paraphrase Shakespeare, they did the county some service.”

While Mr Gallagher says in his introduction to the book that it is not a history book, nonetheless he also makes the point that the book contributes to our current attempts to understand and appreciate our past.

And on Tuesday, he illustrated this point by linking particular councillors to some of the major events of the past century, World War I, the Easter Rising, the War of Independence and the Civil War.

As recently as 1960, he said, four decades after the War of Independence and the Civil War, 13 of the 27 outgoing members of the council had been active in one or both of these events. “The likelihood that one would be elected to the council was increased if a candidate participated in these key events in Irish history,” he said.

And this underlined how the lives of councillors were intertwined with Irish history. “By reading a brief biographical profile of them, we may get a local glimpse of Irish history,” he said.

The highly informative Who’s Who lists the profiles of the 339 men and women who have carried the title member of Limerick County Council.

The details were collected over many years by Mr Gallagher who, in his introduction, also delineates a number of key periods in the life of the council. The first period from 1899 to 1920 he designates as the Home Rule period; followed by the Sinn Fein period from 1920-1925.