Origin to host unique event for the ‘McCourts of Limerick’ 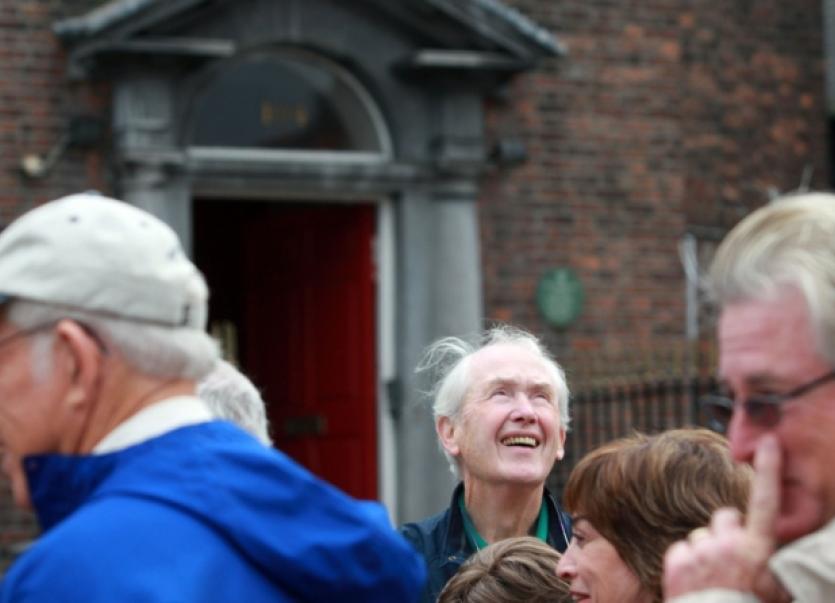 THE origin of this event, featuring the extended McCourt family discussing their native city and of course, Angela’s Ashes author Frank, is most interesting.

THE origin of this event, featuring the extended McCourt family discussing their native city and of course, Angela’s Ashes author Frank, is most interesting.

That endeavour failed to launch, and instead the event - The McCourts of Limerick - now featuring both Malachy and Alphie McCourt as well as Frank’s widow Ellen Frey McCourt, will take place in Mary Immaculate College’s superbly appointed Lime Tree Theatre this Saturday.

The irony of such a discussion taking place on the grounds of a teaching college would not, you feel, be lost on the irascible Frank, who emigrated to New York and became a teacher before becoming a best selling author.

It is unique in many senses; it is Origin’s - the first theatre company to produce Enda ‘Once’ Walsh’s work in New York - first production in Limerick; it is the first time all the family have been interviewed as a group in Ireland; and it sees Heslin return to his native city to produce an event ahead of City of Culture, for which he hopes to return next year.

“It is the first time that the family has been interviewed as a group in Ireland and we will be very much talking about the broader strokes of the McCourt family, not just Frank,” explains Heslin, from Raheen Heights, who graduated from Crescent College in 1987 and went to study drama in Trinity, later emigrating to New York, where he founded Origin in 2002.

“I know them all personally and they have all had pretty outstanding careers in their own right, Malachy often makes the joke that people were more likely to say to Frank: ‘are you Malachy’s brother?’

“So it has a broad spectrum and it will look at the legacy of the McCourts, what that means in terms of Limerick voices, whether you agree or disagree with the book, obviously there has been many opinions about it from Limerick, and just discussing it in the broadest sense of the legacy.”

Fittingly, the Lime Tree talk will take place after a run of Angela’s Ashes: the Musical is performed in the 510-seater venue this week, a premiere in Ireland.

“That is part of the conversation as well; first of all you have had the book, then the documentaries, the movie - we are discussing quite a bit about the feature film - and now the play, which certainly will have a big future, I think,” explains George.

“It is kind of an amazing journey for a book that came out in 1996, 17 years later it has rebounded around the world in terms of its story. I am a bit like the McCourts in that I live in two worlds, the Irish and American and have never settled anywhere really, so that will be part of the discussion, as will living in Ireland.

“What is unique and not very well discussed around the McCourt story, is that a lot of writers from Ireland have a perspective and a distance from the country before they can write about it, and Frank wrote about Limerick, but did so from a distance and was able to use and distill those memories in a very profound way,” he adds.

Origin was set up to introduce European playwrights to America, and last year was a successful one with playwright Walsh seeing huge honours bestowed on Once at the Tonys. Heslin also founded the First Irish Theatre festival, which last year sold 35,000 tickets and takes place in ten venues in Manhattan for a month in September. He hopes to replicate the event’s success in Limerick for City of Culture in 2014.

“We are in talks at the moment, very much so about bringing a site specific piece from New York, so we are hoping that will get the green light to go ahead,” he says.

The McCourts of Limerick takes place in the Lime Tree Theatre this Saturday, July 20 at 4pm and admission is free.