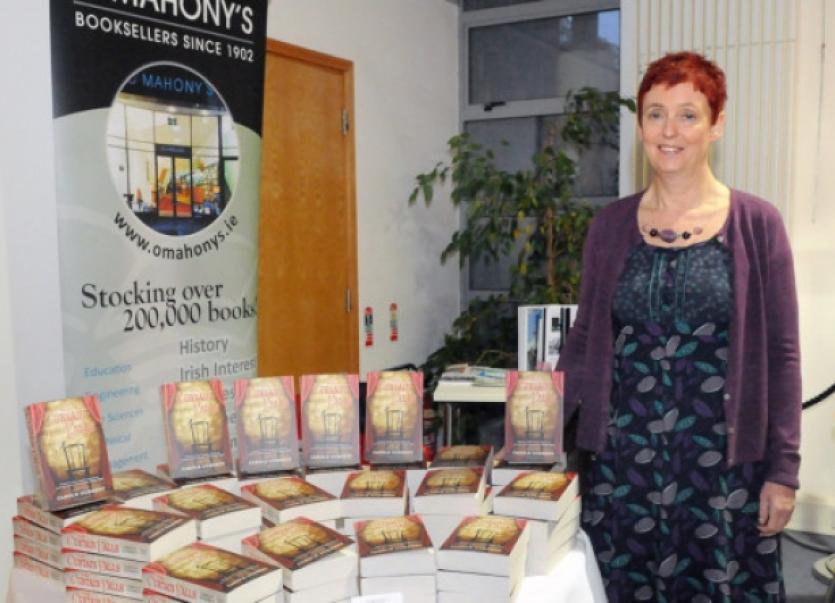 THE DEBUT novel by local author Carole Gurnett is quickly rising up through the bestsellers’ list, and is currently the second most sought after book in O’Mahony’s in the city centre.

THE DEBUT novel by local author Carole Gurnett is quickly rising up through the bestsellers’ list, and is currently the second most sought after book in O’Mahony’s in the city centre.

English-born Carole, who moved to Ogonnelloe in Clare from Reading at the age of 16 and now lives in Limerick, has just launched her first novel The Curtain Falls, which is receiving rave reviews.

Donal Ryan, the best-selling author of The Spinning Heart and The Thing About December, said that she is “a writer of passion, integrity and great skill.

“This is a wonderful debut,” praised the award-winning writer.

Published by Ward River Press, under Poolbeg Press, Carole previously worked in a horticultural nursery and managed a credit union - all the while nursing hopes to become an author, especially in the genre of historical fiction.

She now cares for children in an after school facility, and joked that even though she is working on her second novel - this time set in 1940s rural Ireland - she won’t be giving up the day job time just yet.

The South Circular Road resident and mum of two, who studied English and History at University College Cork, told the Limerick Leader that publishing her first work was “always the dream” and after a number of efforts she was determined to make it work. “I felt that if I didn’t write it now it was never going to happen. It’s a historical novel, so I did a lot of research and worked on it for a number of years, but I couldn’t honestly quantify how long it took. It was a labour of love - I loved every minute of it.

“It was very difficult to get publishers, as many won’t take unsolicited manuscripts. It was a hard journey; I was trawling it around for 18 months or so, sending it off to a lot of agents and a lot of publishers,” she explained.

In the years since UCC, she kept her writing muscles alive with workshops at Listowel Writers’ Week.

Set in London in 1897, The Curtain Falls follows Edmund Jeffers, an actor who is at the height of his fame, and is in line for a well-earned knighthood but he has a secret life. When his private life and public persona collide he is thrown into turmoil. While he attempts to recover what has been lost, those close to him are forced to re-evaluate their relationship with him and their own lives.