Ivan Yates: Noonan ‘the only one more Machiavellian than me’ 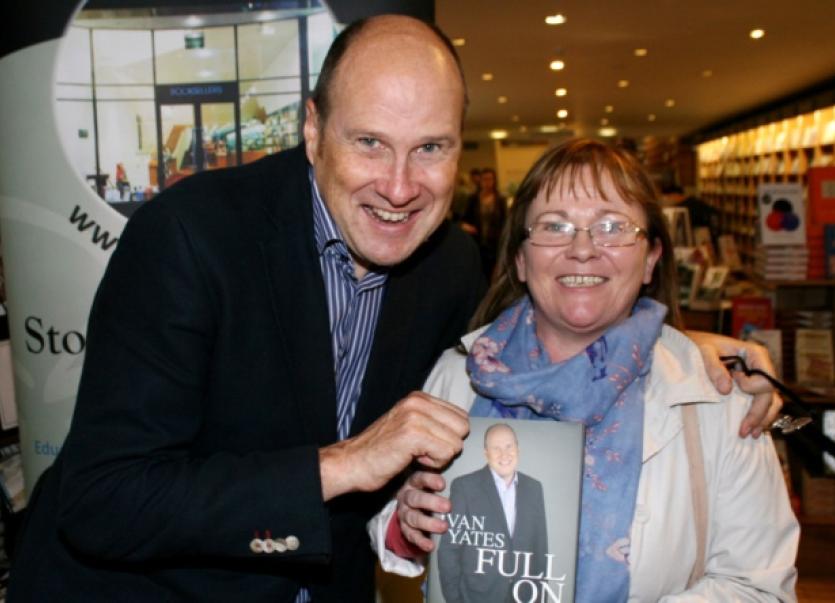 BACK problems mean Ivan Yates conducts the entire interview either standing up or on his knees.

BACK problems mean Ivan Yates conducts the entire interview either standing up or on his knees.

“It’s how I’ve been doing the show as well,” confesses the Newstalk host and former minister.

You get the impression from his memoir, Full On, that his back trouble is not the result of bending over backwards to accommodate others during his 20 years in the Dail. It was more a brass neck and a strong stomach that got Ivan Yates elected at 21, the youngest TD in Leinster House and, later, elevated as the youngest member in John Bruton’s cabinet in 1994.

“The book includes what is basically a DIY guide to how to get elected, stay elected, and then how to climb the greasy pole in trying to get to the front bench and the cabinet table,” he says of the memoir, copies of which he was signing for Limerick readers in O’Mahony’s bookstore.

And Yates includes “every stroke I pulled as a minister” once he got there - including getting the Tour De France to Wexford!

His career in politics coincided with the rise of Limerick’s own Michael Noonan, the man Yates describes “the only person I met in the Dail more Machiavellian than myself”.

“The years 1981 to 2002 when I was in the Dail coincide with Michael’s career. We were on the front bench in the late 80s, both in cabinet and in opposition together and people reading the book say, ‘You don’t write that much about Enda Kenny’. But that’s because Alan Dukes, John Bruton and Michael Noonan were the most formidable operators in Fine Gael at the time.

“It coincided with periods of serious internal heaves ... I was always on the opposite side to Michael. I was always defending the leader and he was always saying ‘Well there is a better way’. He was and is extremely skilled, the master of the one-liner, but a very robust opponent who doesn’t take prisoners. And when I say Machiavellian, it is a compliment because a lot of people wouldn’t have that capacity.”

Noonan’s ascent to the party leadership also coincided with Yates’ exit from politics but was not the reason for it. The novelty of “seven funerals a week, going to branch meetings” had begun to wear off after 20 years.

He also felt that Fianna Fail abandoning its creed of single party government - combined with the PDs eating Fine Gael’s lunch - signalled a long period out of government for his party. Having been perceived as right of centre himself, it was natural that Des O’Malley’s “minions” should approach Yates to join the PDs, an overture that was rebuffed.

“But I always had a very deep regard for Dessie’s integrity and his ability and he would have been, along with Garrett FitzGerald, one of the people I most admired in politics,” says Yates.

O’Malley, of course, will also have a memoir on the shelves this Christmas, which Yates looks forward to reading.

But Full On is more than a political survival guide and, as the title suggests, is a warts-and-all account of growing up a Protestant in rural Ireland and an initially successful business career before the financial crisis and recession - combined with imprudent acquisitions - saw his Celtic Bookmakers chain collapse.

Corporate and personal insolvency – and then bankruptcy followed. Yates had decamped to Swansea to take advantage of British bankruptcy laws and that is where the book was written.

“I’ve read a lot of banal biographies and part of the therapy behind the book was I found myself in Wales for 16 months with nothing to do and all day to do it and I thought that if I was going to make a fresh start with the remainder of my life, the best way to purge the past was to go into all the detail,” he says.

One reader seemingly keen on reading all the detail is JP McManus, who Yates knows through racing and gambling.

The Limerick businessman was unable to make it to the book launch “but typical of the man, kindly offered to buy 100 books, which I have been signing here in Limerick”.

Yates, who once sold him a racehorse, described Mr McManus as “one of the greatest assets Limerick has” and he only wished Wexford had someone similar to support its local charities.