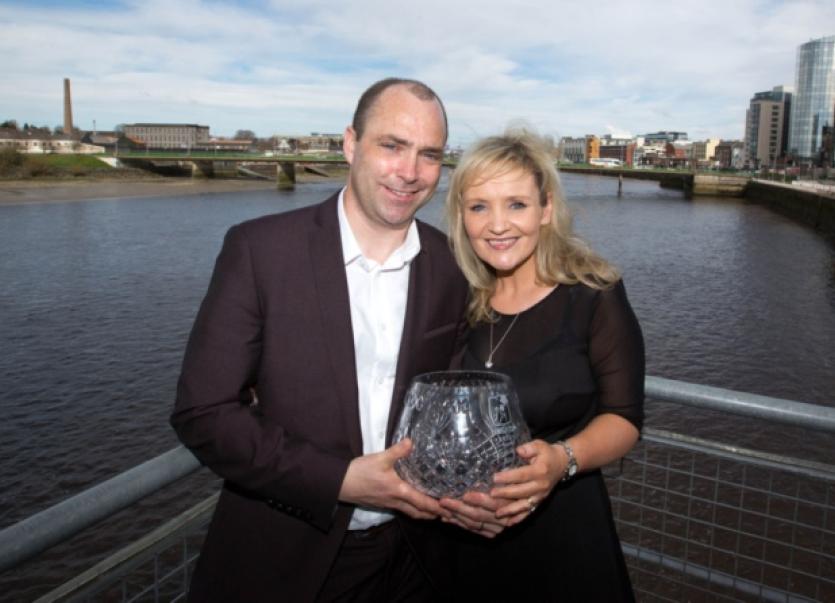 HE may be a man of words but multi-award winning novelist Donal Ryan was left almost speechless having been named the Limerick Person of the Year 2013.

HE may be a man of words but multi-award winning novelist Donal Ryan was left almost speechless having been named the Limerick Person of the Year 2013.

The 37-year-old writer who achieved worldwide acclaim for his debut novel The Spinning Heart was bestowed with the honour at an awards ceremony in Limerick’s Clarion Hotel yesterday.

The Spinning Heart was longlisted for the Booker Prize last year and also won the Bord Gáis Energy Book of the Year 2012 and the 2013 Guardian First Book Award.

Donal had endured some 47 rejections from publishers before The Spinning Heart was rescued from the slush pile by an intern working at Lilliput Press in Dublin who raved about it to the publisher, Anthony Farrell.

The public servant who lives in Castletroy said he was overwhelmed by the honour: “I literally don’t know what to say because I really, really did not expect this. I am quite overwhelmed and humbled to be in a room with so many worthy recipients.”

“I accept this for and on behalf of the other nominees all of whom are incredible....Even though I am a Tipperary man I love being able to say that I am from Limerick,” he smiled.

Limerick fashion queen Celia Holman Lee who was honoured with a lifetime achievement award said she was “delighted and humbled” to be getting an honour from her home city “the place I love more than anywhere else in the world.”

Mayor of Limerick, Cllr Kathleen Leddin, paid tribute to the “raw and exceptional talent” of Donal Ryan saying he has made an outstanding contribution to Limerick, particularly as it celebrates its reign as National City of Culture 2014.

“Donal has had phenomenal success both in Ireland and internationally and I’m delighted that he and his family call Limerick home. I’m looking forward to much more from this gifted writer and at a time when we’re celebrating our cultural riches, he’s a worthy recipient.”