Eamon Dunphy: ‘I got my strong personality from my Limerick-born mother’ 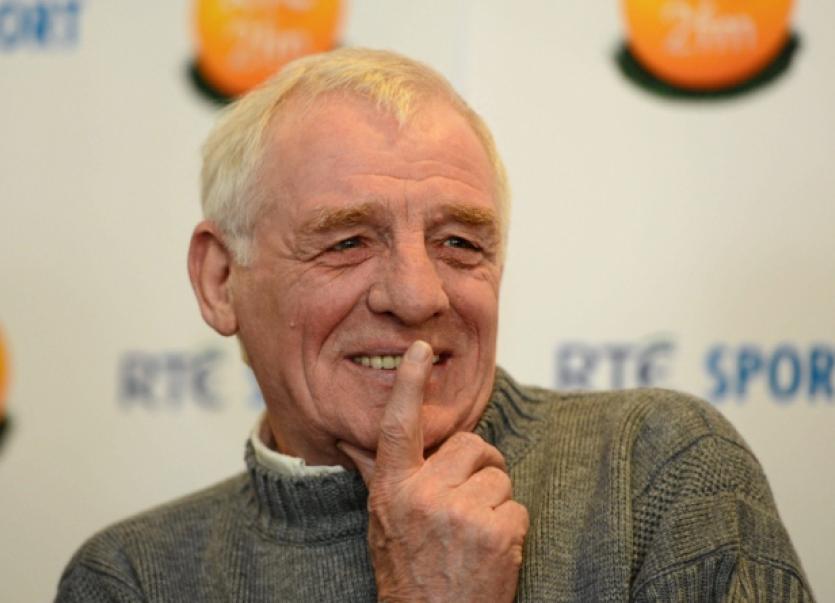 In his new autobiography The Rocky Road, Dunphy speaks fondly of his mother Peg (nee O’Flaherty) - from Foynes - as he remembers his tough upbringing in a one-room flat in Drumcondra. He will give a public interview to Joe Nash of Limerick’s Live 95FM this Thursday at O’Mahony’s bookshop, O’Connell Street, starting at 7pm.

“I definitely got my strong personality and strong character from my mother,” he said this week. “She moved from Foynes to Dublin as a teenager on her own and got work as a housekeeper before meeting my father. Foynes to Dublin is a long journey today but it must have been huge when she made the trip.

“She was a remarkable person and a great mother. She was strong, had great fortitude in very difficult circumstances and she was also a very religious woman, very devout.

“We were in very difficult circumstances but she wasn’t afraid to stand up for herself and her family. The only ones she was afraid of were the priests!

“She didn’t like the real Dubs. She reckoned that they eat fish and chips, drank too much and eat processed foods. Although we had very little money, my mother always wanted us to have good meat. She’d string the money out the best she could over the week and we’d always have the best she could afford.

“And she was never afraid to stand up for herself when the shopkeepers or butchers tried to sell her bad vegetables or meat.

“She didn’t like what she called ‘Jackeens’. She was a real culchie and while we could have moved to the local authority inner-city flat complexes or the suburban estates, the idea of living among the realest of real Dubs appalled my mother. Drumcondra was mostly made up of country people or first-generation Dubs and we were close to good schools which was very important to her.” The one thing that hit his mother hard was when Eamon moved to Manchester United, just two weeks short of his 15th birthday.

“I was only a child when I left,” he adds. “She was worried the year before I went when Billy Behan the Manchester Utd scout was coming to the house, trying to plam as her.

“He got nowhere with my Ma. My Da was open to the idea but he got very short shrift with my mother. She knew what was going on and she very sensibly said ‘why can’t he play football here like everybody else?’”

Years later, when he came home and forged a career as an outspoken pundit, she struggled with her son’s new-found status.

In 1990 with the country on a high following Ireland’s run to the World Cup quarter-final, Dunphy was the party pooper, hitting out at Jack Charlton and Ireland’s style of play. “I was the most reviled man in the country, even more than Charlie Haughey. My mother and father were still alive in 1990 and they didn’t like it. My mother was very much a private person.

“They were normal people, real people. To see your name in the paper wasn’t a good thing and they didn’t like seeing me mouthing off in the paper about this, that and the other. My mother used to laugh and say that there were two Eamons, the fella on the telly and me. She had a healthy disregard for publicity.”