In the kingdom of words with Kevin Barry and Michael Hartnett 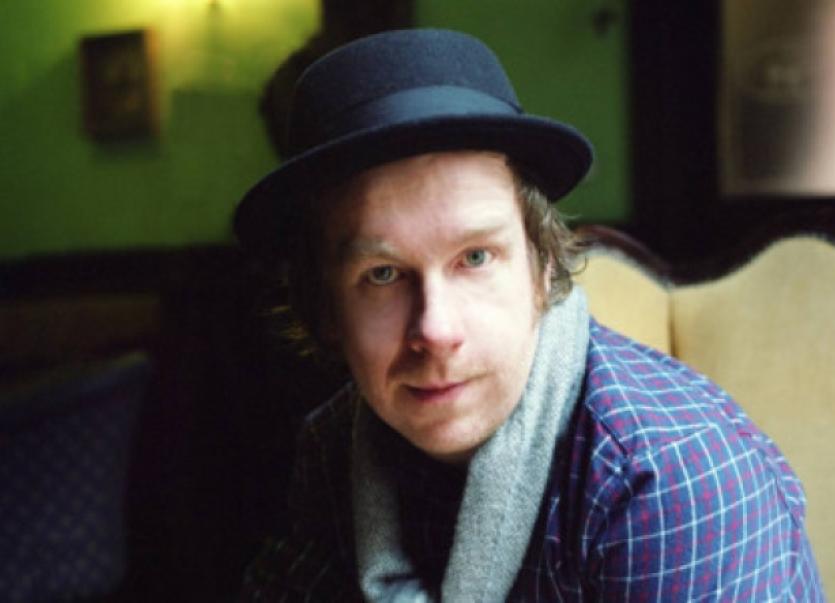 SEVEN years after he first gave a reading at Eigse Michael Hartnett, author Kevin Barry is making a return visit to the Newcastle West arts and literary festival.

SEVEN years after he first gave a reading at Eigse Michael Hartnett, author Kevin Barry is making a return visit to the Newcastle West arts and literary festival.

Then, he was the published author of one collection of short stories, There are Little Kingdoms, for which he won the Rooney Prize for Literature in 2007. Since then, however, his body of work, and the awards, have mushroomed, along with his reputation. His first novel, City of Bohane, won the International IMPAC Dublin Literary Award and the Authors’ Club First Novel Award. His short story Beer Trip to Llandudno won The Sunday Times EFG Private Bank Short Story Award and his second collection of stories, Dark Lies the Island, won the Edge Hill University Short Story Prize. He has also edited a short story collection, Town and Country which has helped to launch some other literary careers and of course, he has been interviewed at length and countlessly by a media keen to understand his very original, quirky mind and his exceptional sensitivity.

“This makes me sound very busy. The truth is I work for about two and a half hours a day and then spend the rest of the time spacing around the place,” says the man who has clearly not lost his sense of self-deprecating humour.” I have definitely been lucky in the last while to get some awards and so forth, and the ones that have big lumps of moolah attached to them are of course very welcome.”

The telling point for him though is that book deals and awards mean he can keep on writing. And money is not the inspiration. “I have no ambitions to be filthy rich.”

“I think a definition of success as a writer is if you can make enough to keep doing it without having to do other work, and I have been managing this. I definitely need to do it, as well – I feel a bit useless on the evening of a day I haven’t written any fiction,” he adds.

“I am very disciplined now, unlike when I started out, and I do actually go into the work room, which is a converted turf shed, every day of the week. But I’d say only two days of the week does it seem to be going well. Most days are a bit frustrating and you seem to be getting sweet feck all done but it turns out those are the days you’re really writing and the work is burbling away at the back of your mind.

“When you say, as a writer, that you’re going into work in the morning, what you really mean is that you’re about to crawl into your nerves. So yeah, you can be a bit wrecked after it! Fiction comes from the sub-conscious, from the murky bits at the back of the mind - the same places dreams come from – but that’s your workplace, essentially, and you have to deal with it.”

He adds: “Being based in County Sligo, and in a very rural part of it, is great because there’s not a whole heap going on to distract me from the work on the desk. Just cows and hills and a lake outside the window, so there’s no excuse for not getting on with the story.”

Last year, Kevin signed up with Scottish firm Canongate on a three-book deal which includes his new novel Beatlebone due out in the Autumn. Beatlebone has been desribed by Canongat’es publishing director, Francis Bickmore, as “spine-tinglingly good ... If anyone can blow open the boundaries of what the novel can do it is Kevin Barry, and this new book proves him to be one of the most exciting and important writers at work today,” he has said. The book revolves around an imagined trip by John Lennon to the west coast of Ireland in 1978, casting Lennon as a modern Don Quixote.”

“They’re about to wrench the final version of Beatlebone out of my hands in exactly two days’ time,” Kevin says. “It’s a very short book that’s taken me nearly four years to write – it took ages to get a voice I was happy with for it. I think or hope it’s kind of there now,” he says.

But there is more to come. “I’ll be starting the sequel to City of Bohane in the summer – I’m very much looking forward to heading back out to the quare place. I’d imagine things aren’t going well out  there.”

But he admits to sometimes missing his journalism days. Kevin, who is from Ballinacurra Gardens, got his first newspaper job with the now defunct Limerick Tribune and he later worked for a number of years with the Limerick Post. As he explained in one interview, he used to cover district court sittings in Limerick: “All of life passed through the Limerick courthouse. Misery, malevolence, the dark side of humanity … I tell ya, it made Angela’s Ashes look like The Wonderful World of Disney.”

“I think the language as spoken in Limerick and Cork has not really been written; City of Bohane is a combination of the two,” he has said. “Loads of Limerick stuff” as well as “lots of Cork stuff” where he lived for several years got into that book.

“But yes, all of my work is really sparked by places, I think. The method for me is just to be spacing out around the place and picking up on the vibrations. If that makes me sound like a bit of a hippie, it’s because I am,” he says.

“But I do miss my journalism days because it’s a sociable trade, it gets you out of the house. Writing prose fiction doesn’t. It’s kind of for this reason I’ve been working a bit on plays also for the last while - I like the sociability of it,” he says.

The sounds and rhythms of language are also important. He reads his work aloud for himself to winnow out any false notes. And he actively enjoys reading to an audience.

“I love reading the stories and the work aloud – and definitely, yeah, there’s a touch of the frustrated actor about me. “

And he is looking forward to reading at Eigse. “I’ll read a few different bits and pieces at Eigse and I’m really delighted that the amazing Brad Pitt Light Orchestra are going to be doing some music on the night. It’ll be the most fun I’ll have had in Newcastle West since the time I was out there for a shotgun wedding,” he says.

His own connection with Michael Hartnett goes back to his teenage years. “I love his work. I remember being blown away by one of his books in English, A Necklace of Wrens – it came out when I was an impressionable teenager reading books of poetry down in the graveyard of St Mary’s Cathedral. I used be all dressed in black and I’d have Nick Cave on the Walkman,” he recalls.

“But I also love the character of Hartnett, you know? He’s a true, proper poet, the real mysterious deal, and there aren’t many like him now.”

Eigse Michael Hartnett opens next Thursday evening with a keynote address by award-winning author Joseph O’Connor. Kevin Barry’s reading will take place on Saturday, April 18 in the Council offices, Newcastle West at 8pm. The festival will feature internationally renowned fiddler Martin Hayes in concert with Dave Power in the Desmond Hall, actor Pat Kinevane in his solo show Underneath, poet Peter Fallon recalling his friend Michael Hartnett, a Viva Voce compettion, and a slew of poets as well as integrated dance. For full details go to www.eigsemichaelhartnett.ie or pick up a brochure in your local library.