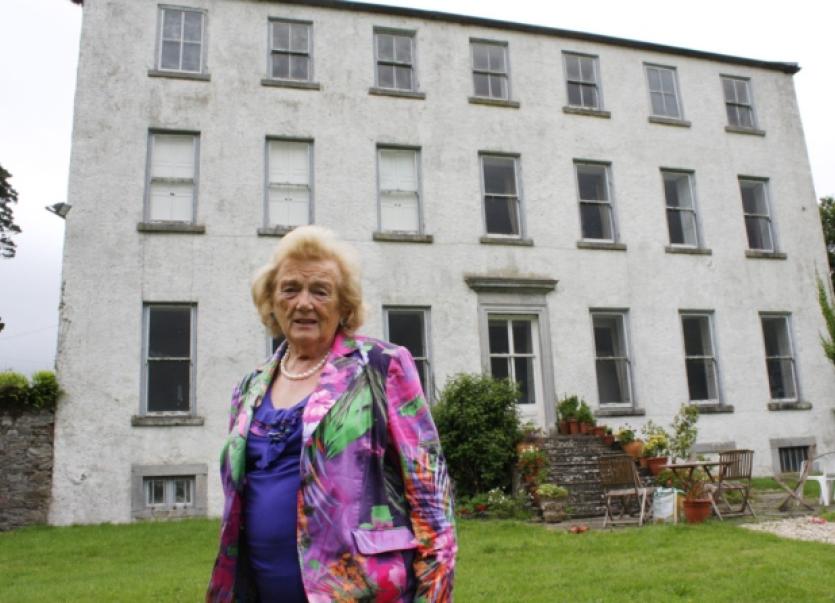 LIMERICK’s Ursula Leslie, the doyenne of Tarbert House for the past four decades, is featured in the opening chapter of a new book, Hidden Kerry, The Keys to the Kingdom, written by award-winning Kerry journalist Breda Joy.

LIMERICK’s Ursula Leslie, the doyenne of Tarbert House for the past four decades, is featured in the opening chapter of a new book, Hidden Kerry, The Keys to the Kingdom, written by award-winning Kerry journalist Breda Joy.

Ursula, who was born Ursula O’Doherty from O’Connell Avenue, met her husband-to-be John Leslie on a flight to London and that random allocation of seats changed both their lives, and led to their marriage and eventual return to Tarbert House, home to the Leslie family for many generations.

And in her book, Breda tells the story of Tarbert House, built in 1690, and how it played host to some of the world’s best-known literary figures, bishops and soldiers, and politicians who changed not just Irish history but world-history. Anecdotes about US president Benjamin Franklin, Winston Churchill, Charlotte Bronte and Dean Jonathan Swift pepper Breda’s account before she moves on to Tarbert’s Bridewell and a very different tale.

But, once having wandered across the county bounds and into Tarbert’s past with the author, the Limerick reader will want to continue Breda’s journey which is all about the some of Kerry’s hidden corners and the people and events that make them unique. It is a very personal, idiosyncratic journey, dictated by the heart, an unorthodox mix of anecdote, recollections, history and social history told mostly through the medium of people.

Big Bertha, Ireland’s oldest cow is here along the beheading of the Eart of Desmond. So too is the eight-foot bed that had to be acquired for the visit of General de Gaulle contrasting starkly with the bleakness of a cillín graveyard. And the search for Jesse James’ grandfather vies with the 19th century account of the Runaway Bog. With a story on every page, the book is one to dip into and enjoy; proving the point, if proof is needed, that an entire world can be found in a small corner if you have the eyes to see.

In Breda’s own words: “I have made it my business in my research to travel down narrow roads and into hinterlands where guesthouse signs and rental cars are as scarce as the proverbial hens’ teeth. I have gone beyond surface appearances to narrate personal histories annd to introduce remarkable local characters that you will not find in brochures or guidebooks.”

It is a broad sweep of a book, that manages to be both intimate and yet far-ranging, a guide to a different kind of Kerry. Take the journey, if you like Kerry at all. It will repay you a hundred-fold. Hidden Kerry is published by Mercier Press.