Biography shows how Hunt developed giving into a fine art 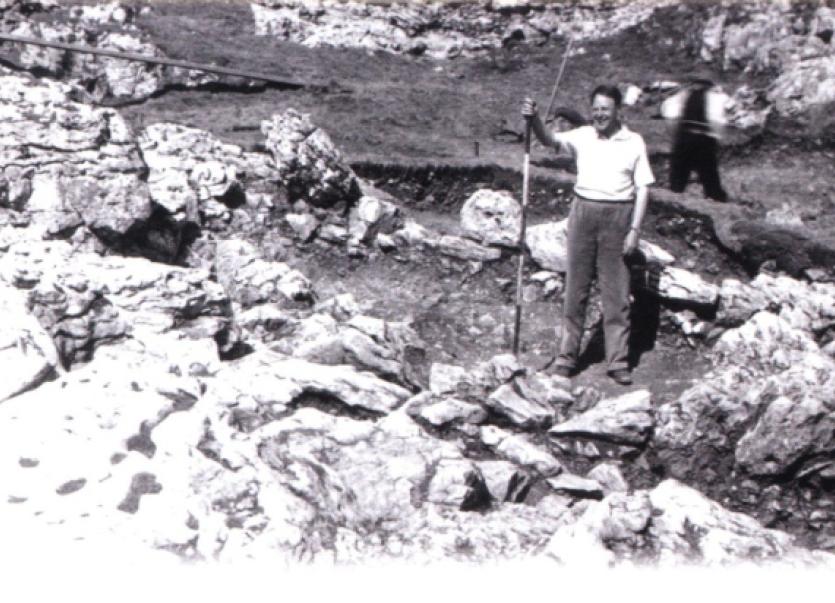 IN his new biography of John Hunt, Brian O’Connell tries to get inside the mindset of those benefactors who “despite being so acquisitive during their earlier life” then decide to give so much of their wealth away.

IN his new biography of John Hunt, Brian O’Connell tries to get inside the mindset of those benefactors who “despite being so acquisitive during their earlier life” then decide to give so much of their wealth away.

As art dealers in pre-war London, John and Gertrude Hunt would often donate items to museums to build contacts and pave the way to future transactions.

But over the course of their lives, it appears giving became an end in itself for the Hunts. And Mr O’Connell argues that “while not remotely in the same league of wealth as many of the great benefactors such as Carnegie and Mellon, the Hunts arguably gave a higher proportion of their net assets as donations to museums and galleries than most philanthropists”.

John Hunt died in 1976 and accordingly did not live to see the most generous donation of all come to fruition when, two years later, Des O’Malley opened the “Craggaunowen Museum” at NIHE Limerick. A gift to the people of Ireland, the collection of almost 2,000 objects is now housed in the Hunt Museum on Rutland Street.

But why Limerick? Despite the fact that he occasionally signed his name “Sean O Fiach” and a contemporary newspaper report had him as a Clareman, Mr O’Connell establishes that his closest Irish-born ancestor was a maternal great-grandmother.

Born in Watford, John Hunt was the quintessential English public schoolboy, having attended King’s School, Canterbury - the same establishment attended by Field Marshal Montgomery and Somerset Maugham. After his military service, he trained to be a doctor but never completed his medical studies, instead serving his apprenticeship in the world of art and antiques through the 1920s with two London firms. And by the end of the 1930s, Mr O’Connell notes, he “had established himself as possibly the most prominent dealer in medieval art in Britain”.

Hunt married Gertrude (Putzel) Hartmann in 1933 and they were to remain partners in every sense of the word until his death. His wife’s German nationality saw her singled out for unwanted attention in the UK as Europe descended into war. A niece described the intimidation of Putzel at the family home, with windows being broken and excrement being left on the doorstep.

John Hunt had already established connections with the National Museum in Dublin and his application for an Irish passport was granted in August 1939. It appears it was through Dr Joseph Raftery of the National Museum that Hunt learned of the dig being led at Lough Gur by Prof Sean O Riordain. Hunt, who had a long-standing interest in archaeology, decided to see the excavations for himself and developed a friendship with O Riordain. Despite having no formal qualifications in archaeology at the time, Hunt was invited to join the effort and would in time supervise digs around Limerick.

His work at Lough Gur –and in time at Bunratty and Craggaunowen – was largely unpaid but the independently wealthy John and Gertrude Hunt didn’t seem to mind, setting up home on the shores of Lough Gur for the next 13 years.

Hunt was trusted by curators at the world’s most prestigious museums and had sold objects directly to, acted as agent for or consulted for names like Rockefeller, Guggenheim and Hearst. But it seems that despite this rarified milieu, the couple had no problems adjusting to life in Limerick. They raised cattle; grew vegetables and, having the only car in the vicinity, were called upon to assist in emergencies. Sr Regina O’Brien, who grew up next door, recalled Hunt arriving with “the Red Cross box” to insert stitches in her sister’s forehead and help out when another sibling swallowed a nail.

“Hunt had seemingly decided that the four years he spent at St Bartholomew’s Hospital in London were going to be put to some beneficial use in rural Ireland,” Mr O’Connell writes.

Despite fitting in so well, it’s fair to assume the Hunts were the only local residents to have a Picasso hanging in their kitchen.

While being described as an absent-minded professor type, likely to forget his airline tickets, a picture also emerges of Hunt as a very hands-on individual. He was into his late 60s when, taking his young adopted children with him, he would spend weeks in a caravan at Craggaunowen every summer as he set about restoring that castle.

He had already accumulated experience in this field, being the driving force in the restoration of Bunratty, which along with the folk park “was to become by a comfortable margin the biggest fee-charging tourist attraction in Ireland, outside of Dublin, quite an achievement for what the Irish Times had earlier described as an ‘obscure castle on the Shannon’”.

Mr O’Connell’s book is well researched, the author having viewed state and museum archives worldwide and also being given access to the family papers. But like his subject, Mr O’Connell does much of his best work in the field and his primary source interviews with people like Pat Crowe – a local hired by Hunt to help furnish Bunratty - give a great insight into the man’s character. Material such as this ensures Mr O’Connell’s work will not only be of interest to the arts specialist but also to the general reader.

John Hunt: The Man, The Medievalist, The Connoisseur by Brian O’Connell is published by The O’Brien Press and is now on sale at O’Mahony’s, Easons and other bookshops.