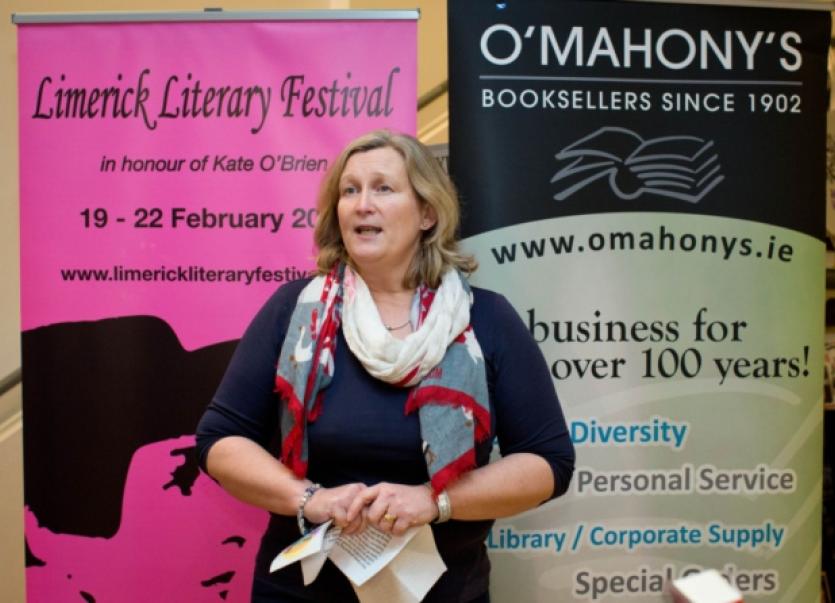 Ms O’Brien, an author and playwright, was slated to attend the festival - held annually in honour of her namesake, Limerick novelist Kate O’Brien - last year, but had to pull out due to illness.

The doyenne of Irish literature will be interviewed by RTE’s Sean Rocks at the Lime Tree on Saturday, February 22, a key event of the festival, which was re-named from the Kate O’Brien weekend during City of Culture last year.

Arts officer Sheila Deegan, a board member for 25 years, said that the festival needed “reinvigoration” and incorporated more than just literature, boasting music, history lectures and art on a busy three day programme.

“It began in 1984 to mark the tenth anniversary of the death of Kate O’Brien. The event continues to celebrate the life and works of the Limerick writer, while attracting prominent participants from all over the world,” she explained.

“It continues to grow in ambition and we look forward to welcoming even greater numbers of literary enthusiasts to Limerick, especially on foot of the wonderful turnout at the 2014 weekend,” she added.

Other contributors to the three-day festival include Niall McMonagle, Órfhlaith Foyle and Pamela Cahill.

An all-day conference in Mary Immaculate College on the theme of ‘Loss in Irish writing’, will take place and is free and open to the public. The inaugural Kate O’Brien Award will also be presented to the most popular Irish author.

Limerick soprano Sarah Dolan and Collete Davis, regarded one of Ireland’s most sought-after accompanists, will perform at the opening in 69 O’Connell Street on Friday, February 20. See www.limerickliteraryfestival.com for more.