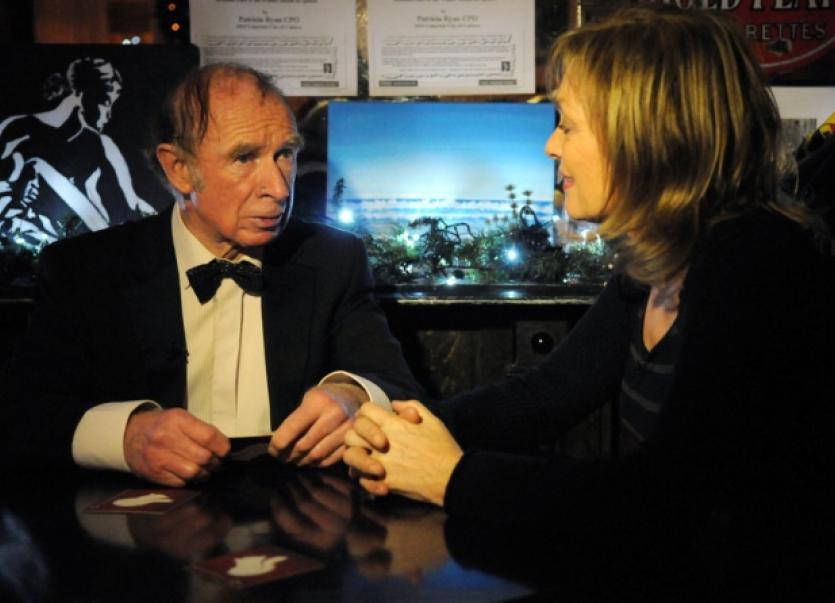 HUNDREDS of people submitted entries to the first Desmond O’Grady Poetry Competition at the White House.

HUNDREDS of people submitted entries to the first Desmond O’Grady Poetry Competition at the White House.

Athlone poet Gearoid O’Brien scooped the top prize for his entry ‘Jadotville Hero’, based on the experiences of fathers of his childhood friends, based in the Congo, where they were taken captive.

He beat more than 700 other poets to the top prize of €1,000, with entries coming from 19 different countries.

A long list of 47 poems was then selected by poet and academic Dr Fred Johnstone, which was then cut to ten for the grand finale, which took place in the White House, which has hosted weekly poetry readings for over ten years, last Wednesday night.

Asked what made Gearoid stand out, the poetry compere Barney Sheehan said: “I think it was his brevity, and his way with language, as well as the subtle sentiments expressed.”

He added he was “very delighted” with the response from the public to the poetry competition, named in honour of legendary poet Mr O’Grady.

The evening formed a celebration for all the poets that entered the competition and the ones that were selected for the shortlist and will be a tribute to Desmond O’Grady. The Limerick poet has 13 books of translations from several languages including his native Irish, classical Chinese, medieval Arabic, renaissance Armenian and modern Latvian. He has 21 poetry collections published, and was hailed as “one of the senior figures in literary life” by the late Seamus Heaney.