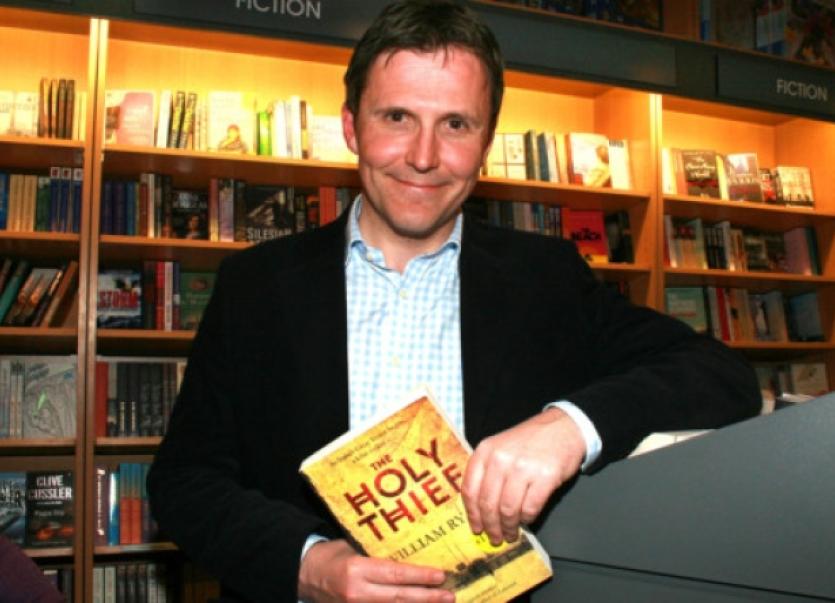 LONDON born author William Ryan, whose family are from Limerick city, is in talks with TV producers in Britain and beyond about turning his series of books set in 1930s Russia into a production for the small screen.

LONDON born author William Ryan, whose family are from Limerick city, is in talks with TV producers in Britain and beyond about turning his series of books set in 1930s Russia into a production for the small screen.

The author received a three-book deal by Pan MacMillan/Mantle, who hailed him as “an outstanding new voice in historical crime fiction”, and he is currently writing synopses for four further books.

His first book in the series, The Holy Thief, went on sale in 16 countries, with copies translated into French, Spanish, German, Italian, Polish, Czech, Serbian, and in Russian also to his surprise.

Educated in Glenstal Abbey School and Trinity College Dublin, the 48-year-old gave up his job as a corporate lawyer in the City after 18 years in search of something more meaningful.

“I used to make a lot more money,” he said with a laugh, “but this is much more satisfying and there’s a certain amount of pride involved in seeing your work published.”

In his spare time, Mr Ryan wrote on an occasional basis for television and film before completing a Masters in Creative Writing at St Andrews University in 2005, which he said definitely helped bridge his change in careers. Now his publishers have had a number of expressions of interest in producing the series for TV.

The Holy Thief is set in Moscow in 1936, when Stalin’s Great Terror is beginning. A young American woman is found dead in a church, and her mutilated body is displayed on the altar for all to see. But when Captain Alexei Dimitrevich Korolev is asked to investigate, his every move comes under close scrutiny and his moral and political ideals - as well as his life - come under threat.

Both works have been shortlisted for numerous awards. His new book, The Twelfth Department, is again set in Moscow in the late 1930s, continuing to follow Captain Korolev, a scientist who is shot dead within sight of the Kremlin and Korolev’s search for the killer. He is currently writing a stand-alone book, set in 1930s Nazi Germany which he said is about “survival through a very perilous time.”

The Twelfth Department will be launched in O’Mahony’s this Thursday night, May 23, at 7pm. The author, will hold a writing session, focused on developing characters and plot with the Limerick Writers’ Centre this Saturday, from 10am to 1pm, at 12 Barrington Street. The cost is €5.