GAA magazine Green and White read all over Limerick 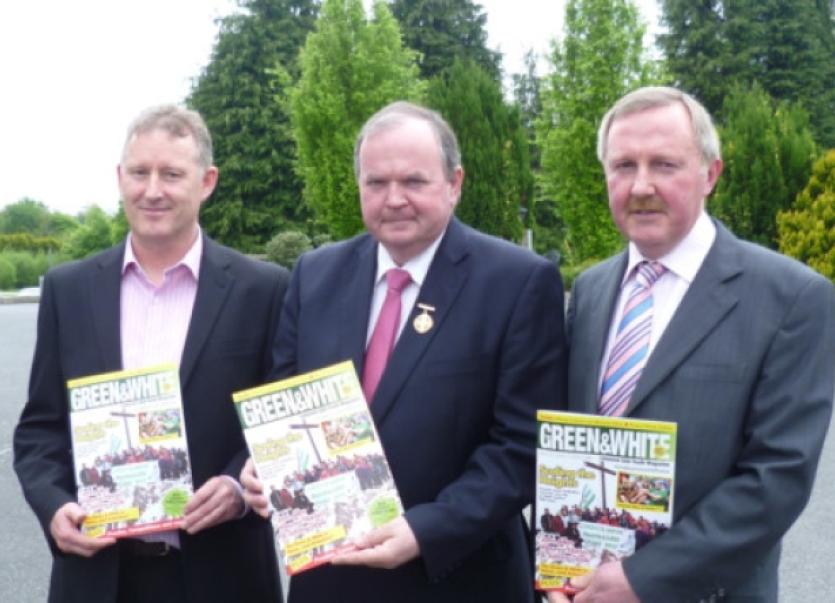 LIMERICK GAA’s youth magazine, Green & White, has just turned 50 but it is popular as ever with youngsters.

LIMERICK GAA’s youth magazine, Green & White, has just turned 50 but it is popular as ever with youngsters.

GAA president, Liam O’Neill, launched the 50th issue of the top selling sports magazine in the Castle Oaks in Castleconnell on Sunday.

It began a day of Limerick GAA celebrations with the unveiling of the statue of Mick Mackey and the celebration of Limerick’s 1973 All-Ireland winning hurlers.

One thing they all have in common is a love of Gaelic Games from a young age.

“Ask any child in Limerick city or county about the magazine and they’ll tell you the secret of its appeal - children who love Gaelic Games can read about their heroes in its pages, and read about themselves, their friends and their own school or the school down the road.

“It is a magazine of record that has chronicled every competition run by Cumann na mBunscol since 1996,” say Mr Lyons and Mr Crowe, who are the respective principals of Ballybrown and Patrickswell National Schools.

Among the guests were Dan Hickey, former chairman of the Limerick Development Draw, who put up £700 in 1996 to finance the very first issue of the magazine.

It has changed beyond recognition in those 17 years.

The black and white 16 page magazine that first hit the shelves in 1996 is now a 36-page, full colour production.

Its readers are as likely to pore over it on the internet or follow it on Twitter.

Some of the readers of the early issues are now veteran inter-county players, as will current fans in the future.

Green & White is passed on from generation to generation and has something for all ages and locations.

At the launch of the 50th edition, the GAA president said he was a long-time reader. Mr O’Neill made a presentation to Gerry Bennis, in charge of distribution since 1996, and who has helped in no small way to ensure the survival of the magazine.

There are three issues each year with 5,000 copies of each one sold.

All in attendance looked forward to the Green & White celebrating their 100th issue in years to come and more Limerick successes than there has been in the last 17 years.

A commemorative issue to go with an All-Ireland triumph for the county hurlers would certainly be a bestseller!