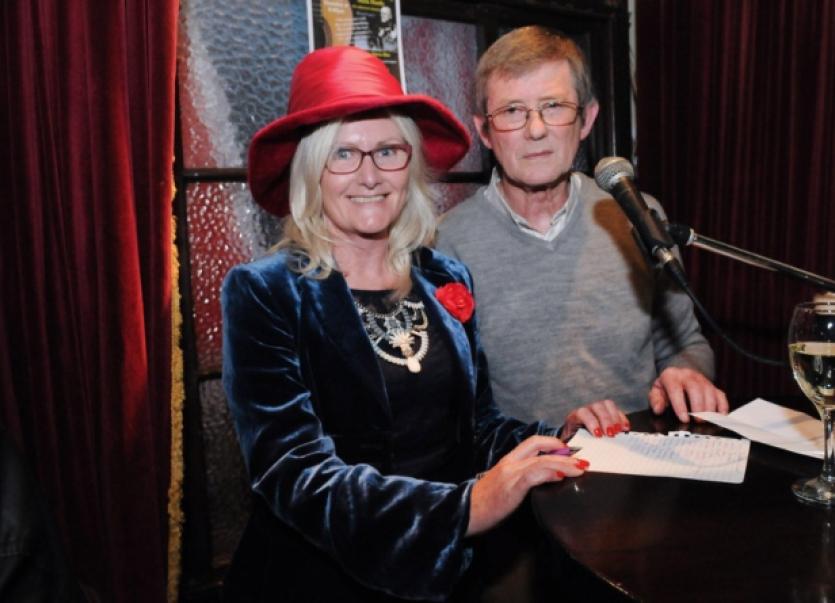 IT was a night of celebration at the White House pub as regulars marked the a momentous anniversary for the weekly poetry night.

IT was a night of celebration at the White House pub as regulars marked the a momentous anniversary for the weekly poetry night.

For the last 600 weeks, poets have each Wednesday night descended on the Glentworth Street/O’Connell Street pub to read their work.

Normally they would be joined by a guest poet from Ireland, or on many occasions, from further afield. But to mark the 600th consecutive week that readings have taken place, there was no special guest; instead, a marathon open microphone session featured many of those who had read poetry in the White House since the inauguration of the popular forum.

Compere Tom McCarthy, who hails from Ballynanty, said: “It was a godsend to many of us here and indeed to many other poets all over the globe, when a certain person took it upon himself to start a weekly reading here at the White House Bar. In doing so, he opened the gates to every poet’s desire, giving me and many like me the opportunity to express our thoughts and aspirations. The idea of a weekly reading was thought by some local poets to be a pipe dream and that it wouldn’t stand the test of time. Well, here we are.”

Tom was, of course, referring to the inimitable Barney Sheehan, who started the poetry night back in 2003. He was given a special trophy, as was Dominic Taylor of the Limerick Writers’ Centre, in recognition of the work they have done for the arts in Limerick.

Of the last 600 weeks, Barney said: “It has been a journey filled with joy, patience, commitment. Our journey. We have had amazing guest poets during these 12 years, poets who came and entertained us, poets who made us cry, poets who made us wonder. This night belongs to the poets – let’s make the best of it.”

Before the readings began, there was a poignant moment as a minute’s silence was observed for poets who have passed away over the last decade. A candle was lit in memory of 12 wordsmiths, including Desmond O’Grady, Donal Ó Síocháin and Liam Mulligan.

The demand for a position at the podium - known as the poet’s theatre - was such that the celebrations went on long into Thursday’s small hours.