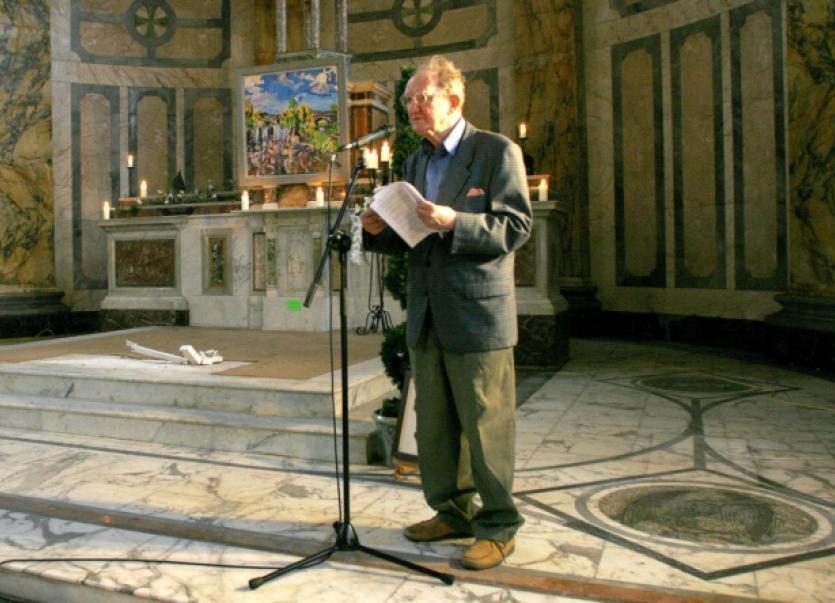 Mr O’Grady, a member of prestigious artists group Aosdána, spent the bulk of his adult life teaching and writing in Paris, Rome and the USA.

He also became a teaching fellow at Harvard University, and spent time in Cairo, Egypt.

President Higgins said: “Those of us who knew him as a friend will never forget his rich sense of humour and his deep commitment to friendships which he valued and enriched.”

Mr O’Grady was the first guest at the White House poetry night back in 2003.

Compere Mr Sheehan said: “It was all sudden. The last time I saw him, he seemed big and strong. He was suffering from dementia, but apart from that, he was conducting himself gracefully.” He added: “Desmond would like to be remembered by his poetry. He spent his entire life become the premier poet in Ireland. His books should be in every school in Ireland and the world. Desmond O’Grady was to poetry what Richard Harris was to acting.”

To mark his passing, the White House poetry session took a moment of silence this Wednesday. The entire evening was dedicated to reliving his poetry.

The guest poet this week was Gabriel Fitzmaurice, who has collaborated with Desmond O’Grady in the past.

He will be laid to rest later this week in Kinsale, where he spent the last 25 years of his life.