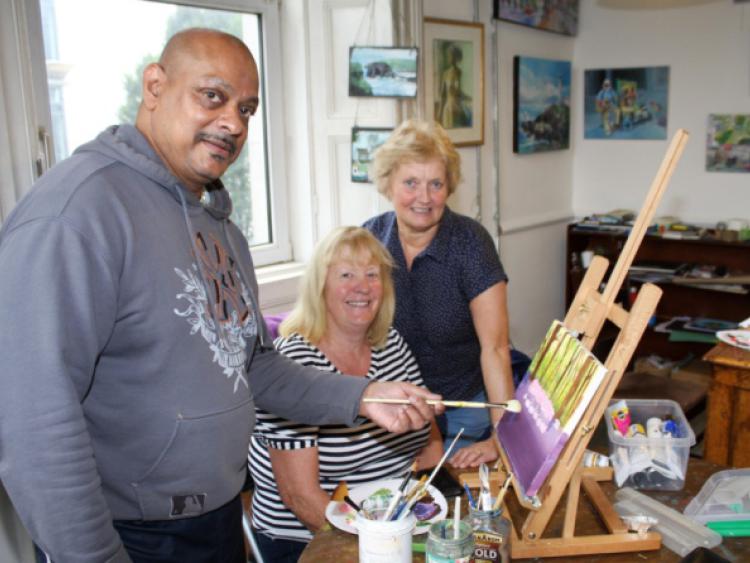 ARTISTS, craftworkers and musicians are facing uncertainty as the City Museum prepares to move into the old Franciscans Church in Henry Street.

ARTISTS, craftworkers and musicians are facing uncertainty as the City Museum prepares to move into the old Franciscans Church in Henry Street.

Since the landmark church and friary closed in 2008, the Bonaventura Trust – which was gifted the facility by the Franciscans – leased out spaces in the Friary, on the upper floors to a variety of different people.

These include artists, ceramicists, meditation services, yoga teachers and a music mixing group.

But as Limerick City Council wants to lease the entire 22,000 square foot facility, they have been forced to find alternative accommodation.

They have until the end of the month to leave, with one artist Paul Weerasekera, Henry Street, saying he has “nowhere to go”, and that he is worried.

Now, calls have been made on the City Council – which administers the museum – to allow the artists to remain for a period of time.

Notable calls have come from Stephen Rourke, a project manager with the Bonaventura Trust, and local councillor Maria Byrne.

But a council spokesperson says this is not possible.

The tenants held a meeting this Wednesday night with the Bonaventura Trust in a bid to come to an agreement.

A meeting was called this Wednesday night to allow the artists to have their say.

Sri Lankan-born painter Paul said: “It is a shame this is happening when we are the City of Culture. I feel as a group, we really give something back to the city.”

Paul, who gives art classes to small groups throughout the week, has approached Creative Limerick for studio space, but says it is unlikely he will be offered a space due to their lengthy waiting lists.

“I have nowhere to go. This is why I am so worried,” he said. “My students are not happy with this either. Most of my students find they are in a different world when they come into my room. I can see from their faces how much they learn, and how much they feel.”

Another artist Kate Hennessy, from Naughton’s Place, who has already moved out, said: “It is a pity. I wonder if the Franciscans would like to think just because a bigger tenant came along, the artists should be forced out.”

Joe Wallace, who co-founded the men’s support charity FAMILES, has managed to secure another office on the Hyde Road.

“This is a cultural hub for the city. I feel sad for the rest of the guys. A lot of them do not have anywhere to go. We are just lucky in that the timing is perfect for us. Otherwise, it would have been a huge upheaval,” he said.

As a group, the artists approached the City Council seeking a three month extension, but they have yet to hear anything back.

Cllr Byrne has also raised their predicament with director of services Josephine Cotter-Coughlan.

“I have argued the point that they are providing a very valued service to the local community. It is a very welcome service, and I feel it is very complementary to what the city museum is going to provide,” she said.

A spokesperson for Limerick City Council said: “The museum and archive collections are unique and irreplaceable. To protect the collections, it is essential that the building is single purpose. It is planned that the church will be used or display – for both permanent and temporary exhibitions. The Friary will be used for education, a reading room, conservation, storage and offices.”

Mr Rourke called for “sympathetic understanding” to be given to the current occupants, especially in view of the fact that they have retained a presence at the building for the past few years.

“We need to be fair to the artists who are actually doing something, keeping the building warm, and keeping it secure,” he said.

He suggested that the City Council could offer some of the vacant shop units in the centre to the artists.

At its peak, more than 30 artists, craftworkers, musicians and related people had space in the Franciscan’s Church.

This is now down to around 20, with three artists.