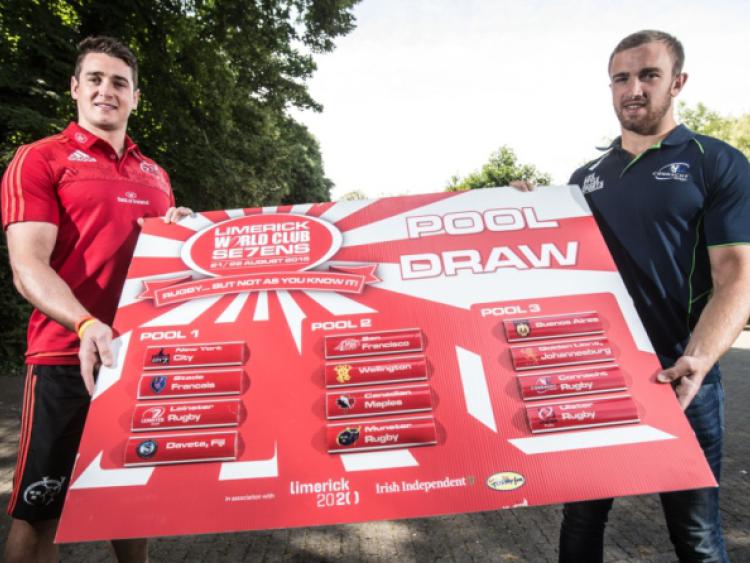 FROM the Samurai 7s to the Canadian Maples via all four Irish provinces, Thomond Park is gearing up to host a mouth watering and truly international feast of sevens rugby this weekend.

FROM the Samurai 7s to the Canadian Maples via all four Irish provinces, Thomond Park is gearing up to host a mouth watering and truly international feast of sevens rugby this weekend.

The second staging of the World Club Se7ens will take place over two days in the stadium this Friday and Saturday, with twelve teams from eight countries and five continents in total involved.

Munster, Leinster, Ulster and Connacht have all sent teams to take part, with this the first time that all four Irish provinces will play in an international 7s tournament, while Daveta Fiji, Buenos Aires Argentina, Golden Lions SA, New York and Stade France are also among the line-up.

Munster’s team, coached by Colm McMahon, includes a mix of academy, sub-academy and club talent in a side that will be captained by academy player Alex Wootton, of Garryowen FC.

Last year’s event was the first in a five year schedule of world club sevens events for Thomond Park, with Limerick Marketing Company involved in the tournament’s development, which should serve to whet the appetite ahead of the Rugby World Cup, which kicks off in less than a month.

Organisers of the event have advised those attending on the day to prepare for all weather, with food available on site all day and lots of kids activities on the day to keep the young ones entertained.

Munster and Connacht will also play a pre-season friendly in Thomond Park on Friday night, adding to the excitement and two days of rugby madness.

The event starts at 11am on Friday and Saturday.