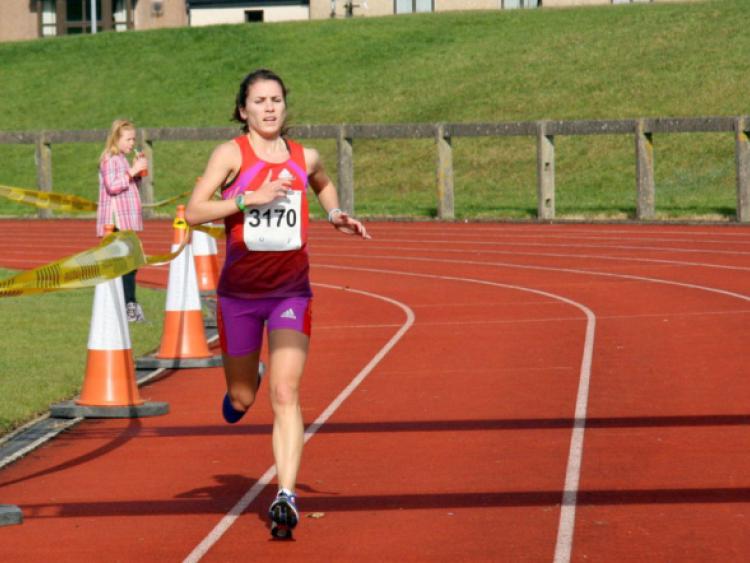 up to 2,000 women are expected to take part in the 15th annual Limerick women’s mini marathon in a fortnight.

up to 2,000 women are expected to take part in the 15th annual Limerick women’s mini marathon in a fortnight.

Over 600 entries have already been received and organiser John Cleary of Focus Events and the Great Limerick Runexpects that as many as 2,000 people could take part on Saturday, October 12.

“We are ahead on last year’s numbers and we would really encourage the women of Limerick to get behind this event and embrace it wholeheartedly. It’s going to be a great weekend, and we already have big plans for next year’s event over the Bank Holiday weekend,” he told the Limerick Leader.

Now in its 15th year, it is the first time the race has been moved from its traditional Sunday fixture to a Saturday to allow for a full weekend of events under the inaugural Ladies Weekend.

Proceeds from entries will go towards Limerick Athletics Club, and charities across the Mid-West have generally reaped individual donations of thousands of euro throughout its long-standing history.

“When you consider that €1.3m has been raised through the Great Limerick Run over its four years to date, the amount of money raised for charities through the Women’s mini-marathon has been very considerable. There are not many running events that have stood this test of time,” said Mr Cleary.

“It’s unusual for races to have young girls competing alongside grandmothers in their 80s. There’s a real community feel to this event and that doesn’t happen overnight. We need to be celebrating and promoting that,” he said.

The inaugural weekend will take place from Friday to Sunday October 11 to 13, and over three days will concentrate on three core areas - fashion, sport and music.

Following the mini marathon at 3pm on Saturday, there will be a ladies night in Clohessy’s, where admission will be free.

It will be followed by the Keane’s Jewellers Ladies Day at Limerick Racecourse on Sunday, October 13, from 12pm.

This year’s prizes are a diamond ring worth €4,000, sponsored by Keane’s Jewellers for the overall winner, with runner up prizes from Shiseido and Isobel Boutique Adare.

Among the judges on the day will be Suzanne Jackson, whose blog, SoSueMe.ie has over 200,000 international readers and is regularly featured on TV3’s Expose and Ireland AM.

“My advice to the ladies would be that it’s always best to standout from a crowd, wear something eye-catching and unique. Having a complete head to toe look is always important; shoes are must, but never underestimate the power of the right jewellery and accessories; they can really add something special.

“Also, you can’t go wrong with the age old advice of a beautiful woman is a confident woman, make sure you are comfortable in what you wearing,” she advised.

Fellow judge, milliner Aisling Maher from Castleconnell, also had a few tips of her own on what she will be looking for on the day.

“What I’ll be looking for is a lady that exudes elegance. This can be achieved through a vintage inspired look with a modern twist or by taking pieces from the high street and accessorising them in an interesting way.

“I love original looks and the accessories can really and truly make an outfit one of a kind. It’s about the whole look, ladies, from head, or hat, to toe,” she said.

The mini marathon will be preceded by the Human Race, taking place on the grounds of the University of Limerick on Sunday, October 6, and while it’s primarily aimed at those taking part in the Dublin marathon on October 28, there’s a 10km, half marathon and 30km route on offer. Entries are capped at 1,500.

First up, however, is the Adare to Survive challenge this weekend - a 7.5km military style assault course featuring lots of mud and water challenges, along with a few electric shocks, and plenty of challenging jumps.

Over 500 people are taking part in this inaugural event - where they’ll also be forced to crawl under a mesh of barbed wire and scale 7ft high walls - including many well known faces, such as singer and presenter Leanne Moore, record-breaking amputee athlete Simon Baker, and former Fianna Fail deputy Peter Power.

In all there will be 39 natural and built challenges around the course, said the organiser Ray Nash, who promises it will be a “testing course, but good fun”.

Entrants will be let off in stages, from 12 noon on the half hour after that. These times will be released to entrants on either Friday night or Saturday.

Registration will open on the day at 9.30am, and all pre-registered participants can collect their race packs on the morning of the event in Clonshire equestrian centre. People can also register on the day, individually or in teams.

People are also encouraged to embrace the fun element of this event and dress up in fancy dress.

Proceeds are in aid of Cliona’s Foundation, which supports the families of seriously ill children.