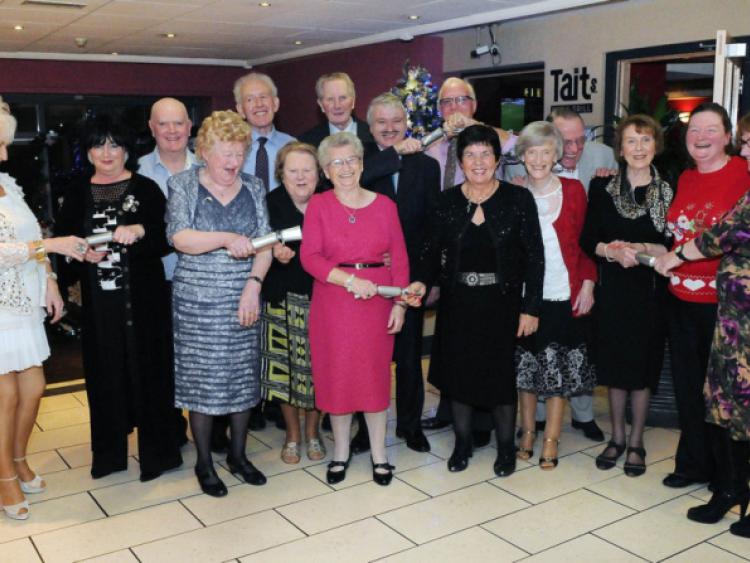 There was a big turnout for the Limerick Senior Citizens Club annual Christmas dinner held in the Best Western Pery’s Hotel on Glentworth Street last week.

There was a big turnout for the Limerick Senior Citizens Club annual Christmas dinner held in the Best Western Pery’s Hotel on Glentworth Street last week.

Guests from throughout Limerick city and county and parts of Co Clare enjoyed an evening of food, drink, music, dancing and socialising in what was a very convivial atmosphere.

According to honorary chairman Peter Quinn, the annual social marked the end of “another successful year” for the club.

“Over 40 years ago, the late Fr John Ryan identified the need of the elderly to meet, because of the loneliness felt by them. As a result, we formed Limerick Senior Citizens Club to cater for the elderly and their families in the Limerick region.

“There were no active retirement groups formed at that time,” he said, adding that they have received great support from JP McManus over the years.

The club meets every Tuesday night at Pery’s Hotel for their weekly social where they enjoy refreshments, old time dancing, line dancing and cabaret.

“The club would like to encourage families with elderly parents to come along any Tuesday night to the Pery’s Hotel and enjoy the atmosphere, make friends and enjoy the company of their own age group,” said Peter.

The ladies committee provides teas and each night and music is supplied by the resident band.

“Music is a therapy in itself and it encourages everybody to get up and dance and at the same time exercise to the music.

“By coming along to the club on a Tuesday night, it is a great way of dispelling the feelings of isolation and loneliness felt by older people,” he added.

Security is another top priority for the club and to that end they have installed over 2,700 panic button alarms in the homes of the elderly throughout the city and county over the years.

Peter explained: “It gives the person and their families great peace of mind as all the user does is press a button if they are in difficulty and the family or friends are notified by the monitoring service, if there is a problem.

“The special button can be used either inside or outside the home of the user, 24 hours each day. A lot of people who are lonely press the button and can chat to the people at the monitoring centre.”

“We also encourage the elderly to look out for each other and if they do not see their neighbour for some time, tell somebody such as the community garda,” Peter added.

All are welcome to come to the Tuesday night social. “As a result of the weekly socials, people who lost touch over a period of time have met again.

“The old time dancing, line dancing and cabaret is open to all age groups, families and friends,” said Peter.