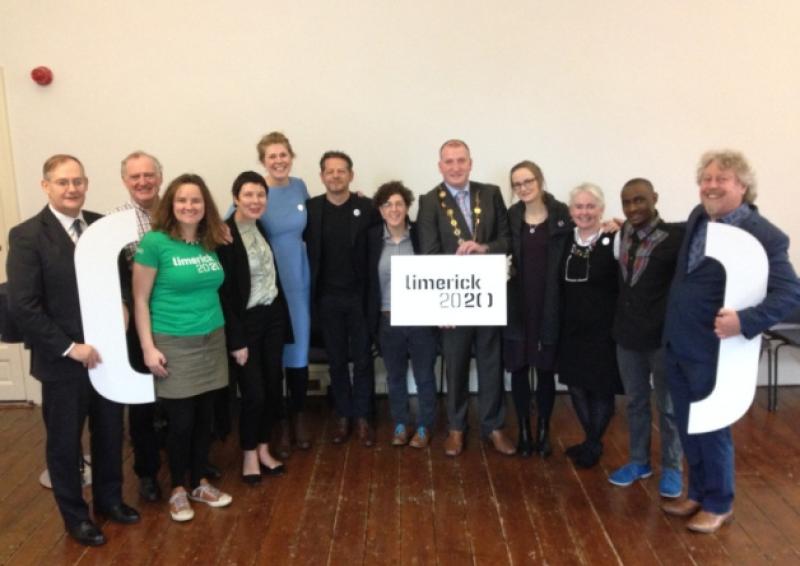 LIMERICK has been named on the shortlist of candidate cities to host the European Capital of Culture designation in 2020.

LIMERICK has been named on the shortlist of candidate cities to host the European Capital of Culture designation in 2020.

The decision was announced at Dublin Castle this Friday afternoon, with Limerick joining Galway and the South-East clustering of Waterford, Wexford and Kilkenny on the shortlist. Dublin failed to make it through to the next stage.

The 2020 bid team gave a 30 minute presentation to a panel of independent experts this Friday morning, outlining Limerick’s plans for the prized designation, which is regulated by the EU Commission and is to be awarded jointly to an Irish and Croatian city in 2020.

The theme for Limerick’s bid is titled Multiplicity, specifically referring to the “many diverse elements across Limerick that can be brought together within the brackets of culture”.

Sheila Deegan, a key driver of the bid team with Mike Fitzpatrick, said: “We are so thrilled because the bid was full of integrity, full of passion and full of commitment and Limerick has woken up to culture, so we absolutely want this.

“It is phenomenal,” she added.

The three candidate cities will now have until July to prepare another detailed submission for the designation, with the winning city to be announced soon after.

Bid director Mike Fitzpatrick said that Limerick’s progression to the latter stages of the competition would “allow for more engagement with people and cultural creatives”.

“I feel incredible relief. Honestly, we needed to be in that second round to develop the plans we have, irregardless of whether we win or lose in the second round,” he said immediately after the decision was announced.

“Because there are so many exciting things going on, it keeps the momentum and our goal of 2020-2030 is very concrete. It builds that momentum and with or without the designation, culture is part of the picture now, part of the story.”

The former director of Limerick City of Culture was quick to note the “phenomenal groundswell of support from the people of Limerick”.

“I would like to congratulate Galway, Limerick and the Waterford led bid on progressing to the next stage of the selection process, and indeed I wish all of the locations well as they complete their applications over the next six months or so,” she said.

“The designation presents a unique and important opportunity to showcase a city, bringing with it an unprecedented focus at local, national and international level. It will allow the winning city, and Ireland as a whole, to put our best cultural foot forward. I hope 2020 will be a year of unprecedented cultural engagement and creativity.”