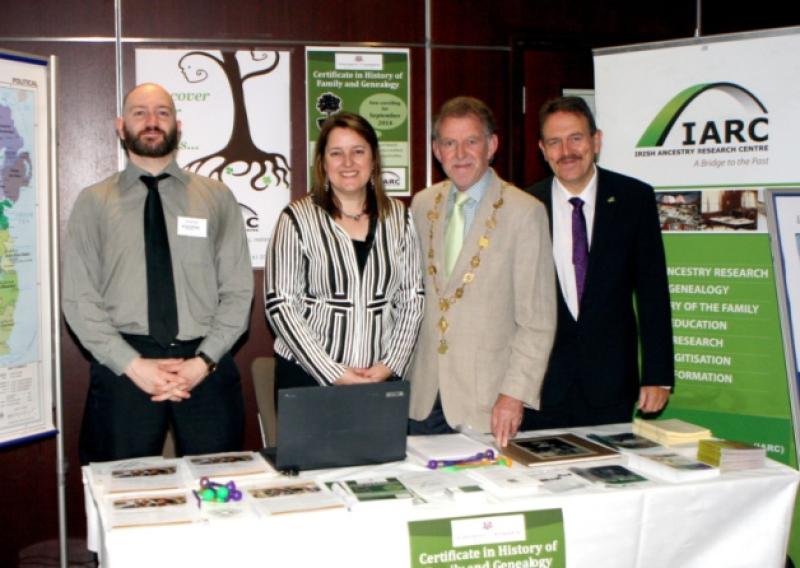 THE FIRST international genealogy conference in Limerick attracted a good mix of Irish and overseas visitors to the Strand Hotel.

THE FIRST international genealogy conference in Limerick attracted a good mix of Irish and overseas visitors to the Strand Hotel.

Over the two days the delegates were able to take in a number of different speakers discussing a wide range of family history and genealogical topics.

“I have really gotten to know Limerick and the city environs especially around Castleconnell in the last few years. I run a similar event in New York each autumn and I am delighted to have been able to bring an event to Limerick. I want to thank all the individuals and companies and volunteers who made the event possible and I hope that everyone involved had an enjoyable experience,” said Ms Bray, who enjoys inspiring others to get started or to continue building their family trees.

There was representation from across Ir eland, America and Canada.

“The event lead to discoveries, conversations, friendships and connections. With the backdrop of Limerick city, City of Culture and National Heritage Week, The Genealogy Event created a forum for genealogy enthusiasm and a tremendous opportunity to showcase a beautiful, historic and charming city,” said Ms Bray.

She has already received an email from a person who gained a valuable research clue that may move them even further in their family history.

The event, which was opened by Mayor Michael Sheahan, featured professional genealogists from the Association of Professional Genealogists in Ireland. Amongst the exhibitors were the Irish Ancestry Research Centre, Limerick Genealogy, Eneclann, Blueleafredtree and the Limerick branch of LDS.

The organisers will review all aspects of the event in the coming weeks and determine if a similar event can be run in Limerick next year.