It was a very special night as the club also honoured the 1969 Junior Footballl Team who had won the County Championship in that year, beating Kilmallock with a scoreline of 1-6 to 5 points. That team were guests of honour at Saturday nights function, and each team member, player and selectors was presented with a Memorial Medal by the County Chairman John Cregan. Club Chairperson, Caroline O'Kane spoke of the importance of reconnecting with older team members and letting them know how much their contributions are valued.   Some of the team members had not met in some years, and a great night of storytelling and catching up was had.

However, many on that team went on to play a life long role in the club after that final, as have their children and grandchildren.   Leo Morrison and Noel Moynihan served for years in various officer positions, and also becoming Trustees of the Club, both having grandchildren currently playing with the club.  Noel's son Shane has served as a senior footballer selector, Committee Member, underage coach, and is a present day trustee of the club.    Billy Coffey's son Barry is the Club Registrar and an under age coach, and Billys's grandchildren play also.  The grandchildren of Tony McMahon and Eddie Franklin also play with the club. Hugh McNamara's daughter, Caroline,  is Chairperson of the Club since 2014, and his grandson Jamie was on last year's triple winning team. Hugh's grandson Sean O'Kane is also a player at U21 level. Basil Cosgrave's grandnephew, Andrew La Touche Cosgrave was on the 2019 team also, and the Cosgrave family has produced many players for Monaleen.   Willie and Tommy Fitzgerald, who were represented by their sister Kathleen Murphy were also represented on the winning team last year, through their grandnephew Cathal Quilter. Kathleen's own family has a lifelong connection to the club, through her husband Christy, son Tom, daugher Yvonne and son in law Dave,  and also her grandchildren who are current day players.  Denis Foley's brothers and nephews played with the club for many years, and he is currently represented by his grandnephew David Crampton. 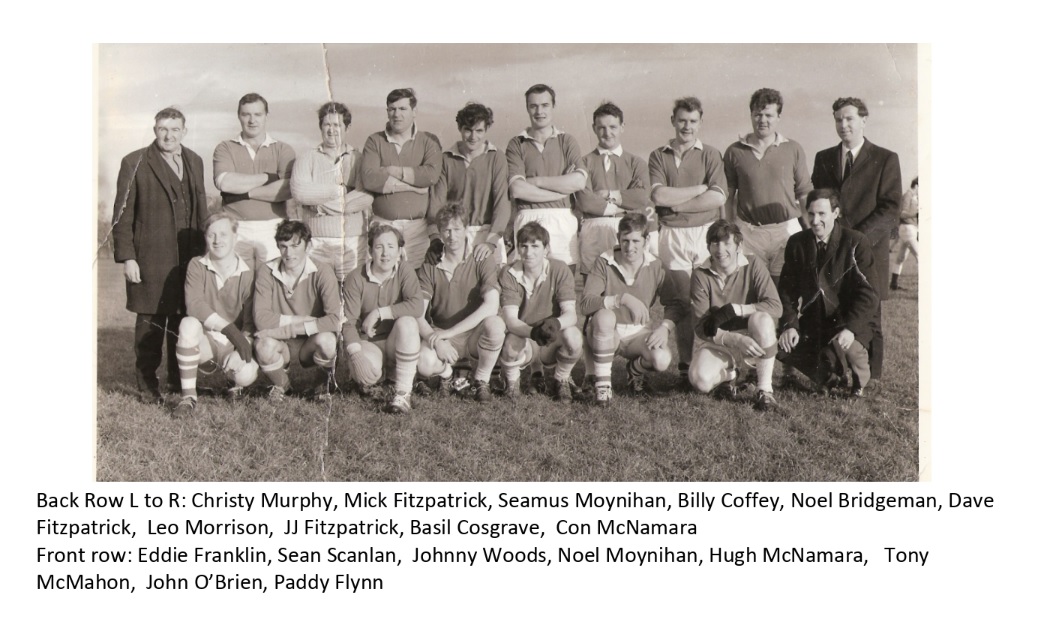 Full Back:   Mick Fitzpatrick, RIP, represented by his brothers on the team , Dave and JJ.

Right Half Back: Noel Moynihan, Captain, RIP, represented by his widow Gaye

Centre Half Back:  JJ Fitzpatrick

Left Half Back: John O’Brien