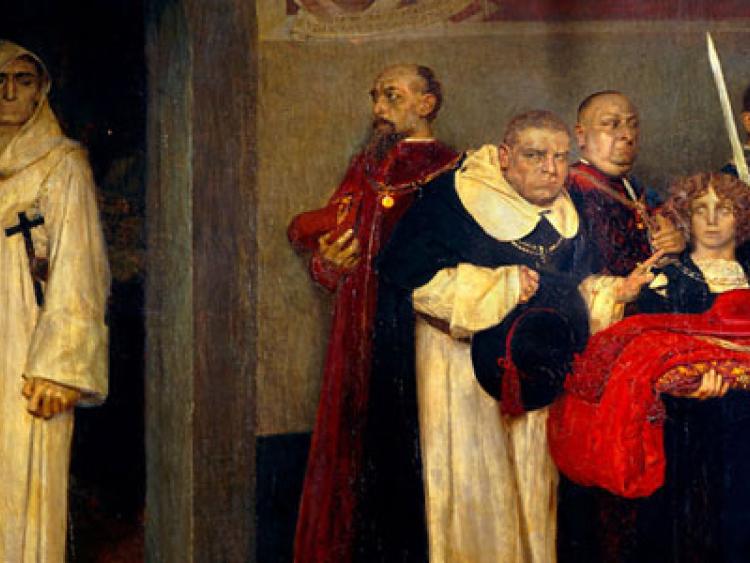 Hello
Well, I hope we didn't shock you too much. It seems from the three scholars sat around studio 50E that there is no proof of incest, either between father and daughter or between brother and sister; there is no proof of poisoning. There is one recorded orgy - the Chestnut Ball; there were certainly murders committed, there were certainly acts of violence, the Borgias were certainly feared and Cesare was not a man to cross. But until more is revealed from the Vatican we have to rest with the Anglo-Saxon version of the Borgias, which gives them a much cleaner bill of health than elsewhere.
It's tempting to send the programme to those who make marvellously dark, sinister and exotically lurid films about the Borgias, while dressing up in fantastic Renaissance clothes and giving it the allure of learned glamour. But I suspect they wouldn't take much notice.
Autumn is a magnificent time to be in the centre of London. The twilight intensifies the attraction of this town which reaches out to Dickens and Conan Doyle on every possible occasion. It seems lamplit rather than street-lit; the alleyways are both tempting and sinister, people pad around, soft-treading fallen leaves turning to mush. The glitter of lights in the upper storeys of tall buildings suggest ... and on it goes.
There was a policeman at the entrance/exit to the House of Lords who I chatted with the other evening and he was singing the praises of being on that spot. What a life to look at Westminster Abbey lit up so well, with the House of Lords behind him, and across the square the Treasury and the Supreme Court, and Whitehall leading up to the gallery. Just to be there was to feel that you were part of "our history", he said. I agree with him.
In one of his essays Cyril Connolly turned around a phrase in the Bible from 'perfect love driveth out fear' to 'perfect fear driveth out love'. In my case at the moment, perfect work driveth out reflection. There's a bit of a storm here. I'm doing a radio series alongside In Our Time with Tom Morris, the producer of that programme, and I'm also revving up to do a programme on William Tyndale, if not the only begetter, certainly the main begetter of the King James Bible and all the literature and language that flowed from that. We're filming for the new series of the South Bank Show as well and I was up in Royston and Foxton last weekend with the crew and Alison Balsom. We talked in the wooden hut in the corner of a car park where the brass band of Royston has practised for the last 50 years. In the evening there was a concert at the little church of Foxton. Candle lit, crowded, Alison Balsom - one of the top trumpet players in the world - sat alongside the members of the band she had joined at the age of six, playing as part of the band. Wine at half time. A woman vicar, Linda, in full and magnificent flow, holding things together. There was something so deeply English about it.
And on we go. Fighting to find time to walk round the streets. Managed to go up the Mall round Buckingham Palace the other evening, in the dark, and back alongside St James's Park, looking over the fence to the little lake with a few reflected lights twinkling on the still surface.
Best wishes