LISTEN: 'They can play whomever they want, we'll see them Saturday' - Munster Rugby's James Cronin 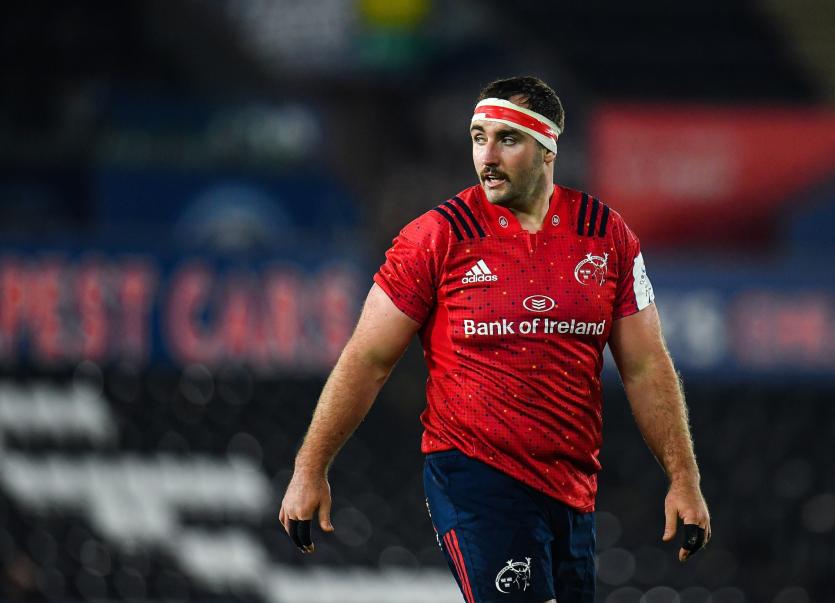 THIS week's Munster Rugby press conference was dominated by the potential make up of Saracens team for this Saturday's 3pm meeting in the Champions Cup.
Much was made of Saracens' decision to leave their frontline internationals at home ahead of last weekend's 10-3 win for Munster at Thomond Park and once more attention has turned to who will line up in Black this weekend.

“They can play whomever they want and we'll see them Saturday” was one thought from Munster's James Cronin.
The loosehead prop was attempting to return focus to his side and what they have to this weekend to go back to back against the European and English Premiership champions.
“We missed a few opportunities last weeknd. Maybe two or three. We know they are a quality outfit. Over there this week we know we can't miss those opportunities and still win. The onus is on us as a group to get better and convert those chances” he added.
Munster's head coach Johann van Graan is expecting to name a similar strength side to the won that claimed four match points on Saturday.
“We took quiet a few knocks over the weekend. It was because of the weather and there were a lot of collisions, especially around maul, scrum, tackle and breakdown. A lot of things went on, especially in the tackle. So a lot of guys took knocks, to the head, neck and shoulders. We foresee though that everyone involved last weekend will be available”
Also available this week is South African born backrow Chris Cloete who has returned from a head injury. There is still no return date for long standing injuries such as Tyler Bleyendaal (neck), Dave Kilcoyne (calf) or Joey Carbery (ankle).
With mixed news on the injury front, Munster also have the issue of Arno Botha's red card hanging over them.
The number was issued with a red card during his club’s Heineken Champions Cup, Round 3 match against Saracens at Thomond Park.
Botha was sent off by the referee, Romain Poite, in the 81st minute of the match for striking the Saracens replacement, Nick Tompkins, with his arm in contravention of Law 9.12.
Dan White (England), Chair, Frank Hadden (Scotland) and Marcello d’Orey (Portugal) have been appointed as the independent Disciplinary Committee for the hearing which will take place at the London office of Bird & Bird LLP on Wednesday, December 11.
Sanctions for foul play, relating to striking with the arm carries a sanction scale of - Low End: 2 weeks; Mid-range: 6 weeks; Top end: 10 to 52 weeks.
Should Botha miss out, van Graan admits that the 6-2 forward split on the bench, which has served his side well this season, might need to be rethought this weekend.
“Every week we look at what lies ahead. It has certainly worked for us thus far. You have to look at the possible weather conditions, the pitch, the opposition. We will make that call closer to the game. The biggest difference for us this week is the surface. They have only lost once there in Europe, so we know what to expect” finished the head coach.
Munster's game with Saracens is live on BT Sport on Saturday at 3pm, while it is also on radio on Live95.